Qatar’s state-owned oil and gas company QatarEnergy has selected the US energy giant ConocoPhillips as its third and final international partner in the North Field South (NFS) expansion project.

Under the partnership agreement, ConocoPhillips will have an effective net participating interest of 6.25% in the NFS project, out of a 25% interest available for international partners. QatarEnergy will hold the remaining 75% interest.

As reported previously by Offshore Energy, the other two international partners in this project are energy majors TotalEnergies and Shell.

Saad Sherida Al-Kaabi, the Minister of State for Energy Affairs, the President and CEO of QatarEnergy, said: “QatarEnergy and its partners continue their efforts to supply an additional volume of about 65 million tons of LNG annually, from its North Field Expansion projects and the Golden Pass LNG project, to the global market to meet the growing demand for cleaner, low-carbon energy, and to enhance the energy security of customers around the world.”

“As we have previously emphasized, LNG produced from the North Field Expansion projects will have the lowest carbon emission levels in the world, thanks to the deployment of a number of technologies, including extensive use of carbon capture and sequestration technologies. This will enable our LNG to play an important role in supporting a pragmatic, equitable and realistic energy transition“, Al-Kaabi added.

Together, NFE and NFS form the wider North Field Expansion project to increase LNG production from the North Field, adding 48 Mtpa to Qatar’s export capacity and bringing it to 126 Mtpa by 2028. 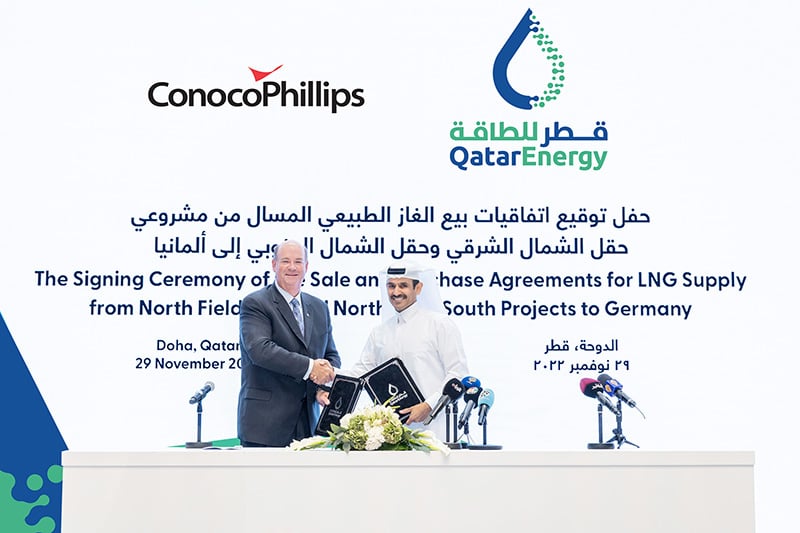 QatarEnergy agrees to supply LNG to Germany for at least 15 years
Posted: 2 months ago
Shell takes part in the next wave of Qatar’s LNG expansions
Posted: 3 months ago
TotalEnergies partners with QatarEnergy on North Field South LNG project
Posted: 4 months ago