“At over one billion euros, the grid connection of the offshore wind farm in the Westlich Adlergrund Cluster (CWA) is the largest investment of our company to date,” said Boris Schucht, CEO of 50Hertz. “Now that the second connection in the Baltic Sea has been completed, we are pleased that the third project has also reached its implementation phase as planned.”

The final preliminary works are ongoing in both of the project’s construction areas, offshore and onshore.

In both areas, explosive ordinance is being cleared in close cooperation with the ammunition recovery service of Mecklenburg-Western Pomerania. As soon as these works have been concluded, construction will start on the empty conduit systems by means of horizontal directional drilling (HDD), the company informed.

Temporary cofferdams are also being constructed 400 meters off the shoreline to create an exit trench for the land connection drilling works.

Along the sea route, the final subsoil tests are being carried out along those sections that have already been cleared of munitions. By the end of the year, it should be possible for the cable ship to carry out the “pre-lay run”.

All authorisations have been obtained for the construction and operation of the 93-kilometre cable route. The Ministry for Energy of Mecklenburg-Western Pomerania granted its approval for the land route on March 09 and for the sea route within territorial waters (the 12 nautical mile zone) on July 10. The Federal Maritime and Hydrographic Agency (BSH), which is competent for the route section within the Exclusive Economic Zone (EEZ), gave its approval in accordance with the Offshore Installations Ordinance. 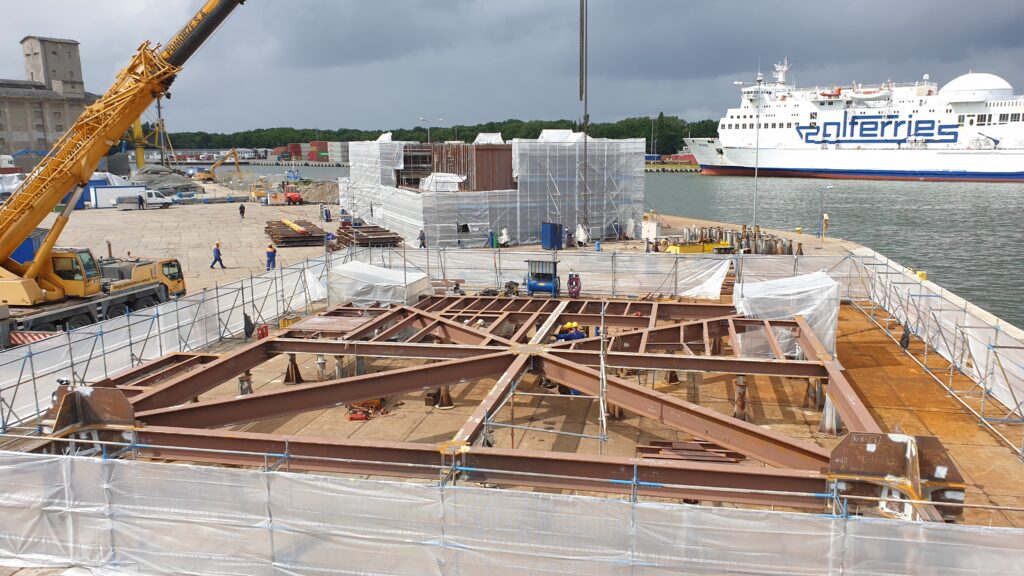