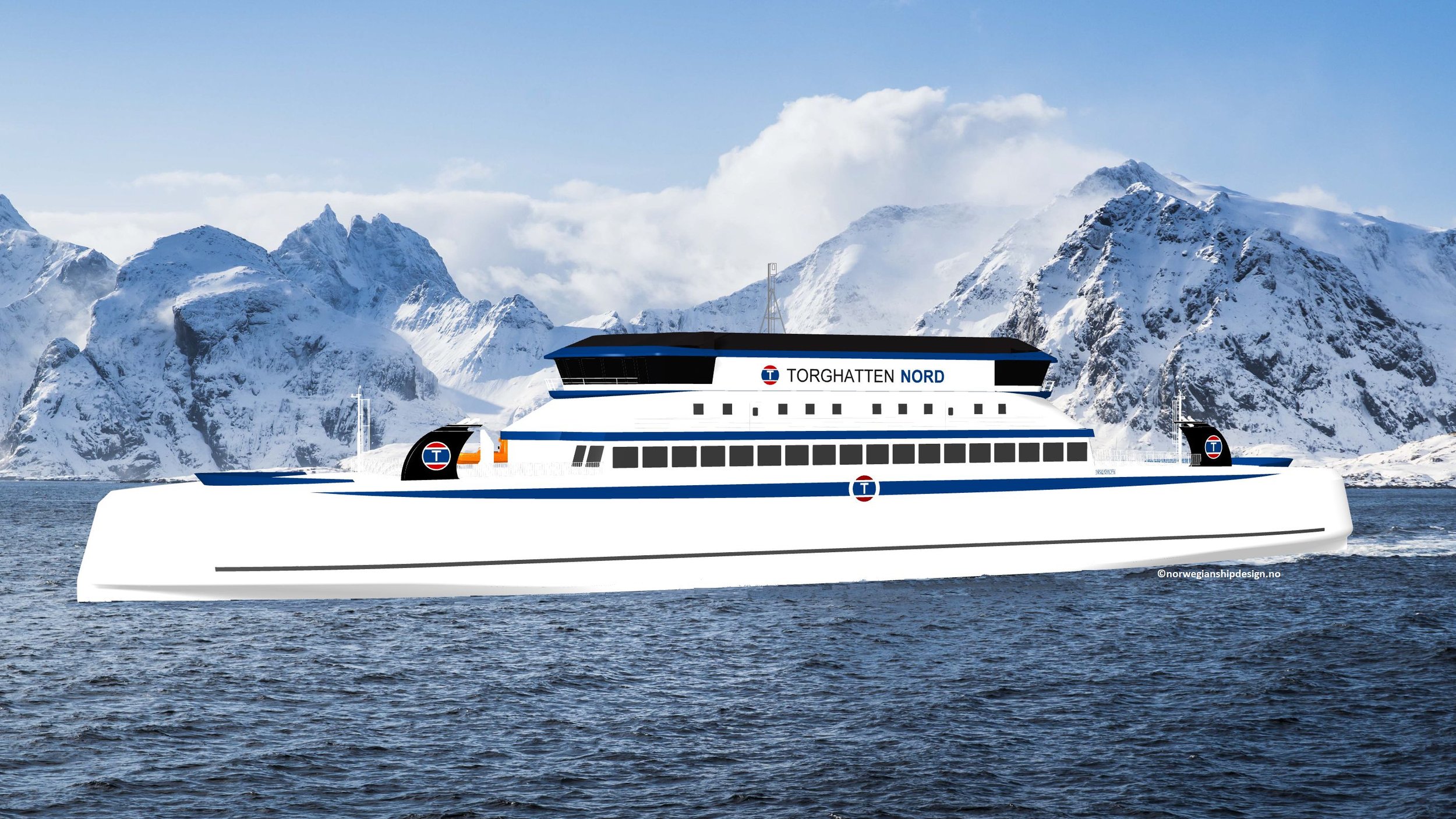 Norway’s ferry company Torghatten Nord has signed a contract with the Norwegian Public Roads Administration to operate hydrogen-powered ferries between Bodø and Lofoten from 2025.

The contract, which Torghatten Nord won in fierce competition with three other bidders, was signed on 25 January 2022. It has a value of NOK 4.9 billion (about $552 million).

From 1 October 2025, two new hydrogen-fuelled RoPaxes will be deployed on Norway’s most challenging ferry crossing. Under the deal, Torghatten Nord will operate the connection from 2025 to 2040.

Crossing the Vestfjorden between Bodø on the mainland and three islands in Lofoten involves a close to 100 km open ocean crossing above the Arctic Circle and is considered Norway’s most challenging ferry crossing.

The two ferries currently operating the routes will be converted from using LNG to biofuels, and they will accompany the new ferries in the summer tourist season.

The two hydrogen-fuelled ferries will operate year-round and will daily require 5-6 t green hydrogen. As an additional operation safety requirement, the units will also be able to utilize other fuels. There is a requirement stipulating that minimum 85 percent of the two ferries’ energy consumption on an annual basis should be hydrogen. Hydrogen should be produced with low climate gas emissions.

According to the Norwegian Public Roads Administration, the new ferries will reduce CO2 emissions on the Vestfjord route by 26,500 tonnes annually compared to today’s LNG-powered ferries. This corresponds to the annual emissions from 13,000 diesel cars.

The new ferries will be about 120 meters long and with a capacity to carry 120 cars and 599 passengers.

Norwegian Ship Design, which focuses on designing zero-emission and future-proof ships, has been selected to design the RoPax newbuilds.

Norwegian Ship Design said it has worked closely with Torghatten Nord since the Norwegian Public Roads Administration announced their intention for introducing hydrogen-fuelled ferries on the Vestfjorden fjord.

The new contract will give a significantly increased passenger and vehicle capacity, which means a lot for inhabitants and businesses depending on these lifeline routes, according to Norwegian Ship Design.