After securing the front-end engineering and design (FEED) contract, three companies – Aker Solutions, Siemens Energy and Doosan Babcock – will be pooling resources for SSE Thermal and Equinor’s proposed gas-to-power plant equipped with carbon capture technology to be built in the Humber region.

Aker Solutions revealed on Thursday that this consortium, originally formed in September 2021, has been awarded the FEED contract for SSE Thermal and Equinor’s proposed Keadby 3 Carbon Capture Power Station, which has the potential to become “the UK’s first power station with carbon capture and storage.”

Jason Brown, head of Aker Solutions’ renewables business in the UK, remarked: “Keadby 3 will significantly advance carbon capture and storage in the UK. CCUS has a key role to play in enabling the UK to achieve its net-zero target. In addition, the Keadby 3 project will contribute to Aker Solutions’ own ambitious energy transition targets which state that by 2030 two-thirds of our revenue will come from renewable and low-carbon solutions.”

The company informed that the consortium will deliver the engineering design for the proposed plant with a generating capacity of up to 910MW over the next 12 months. This will be equipped with a carbon-capture plant to remove CO2 from its emissions. The plant could deliver £1.2bn for the UK economy, including significant benefits for the local area. The firm also disclosed that Aker Carbon Capture will be the consortium’s carbon-capture partner.

Valborg Lundegaard, chief executive officer at Aker Carbon Capture, said: “We are pleased to be an essential part of such an important project with our field-proven carbon capture technology, and look forward to continuing to support the UK in maturing its carbon-capture capabilities.”

Located in North Lincolnshire, Keadby 3 directly supports the UK government’s target for the country to become a world leader in carbon capture and storage and will help bring the UK closer to its net-zero goal, says Aker Solutions.

Catherine Raw, Managing Director at SSE Thermal, explained: “The proposed low-carbon plant at Keadby will not only provide vital flexible power while backing up renewables, it will also play a key role in meeting decarbonization targets. The reality is that multiple power-CCS projects will be needed to reach net-zero and we hope to see the UK Government recognize that when it provides an update on Cluster Sequencing this summer.”

Furthermore, the plant will have the ability to capture up to 1.5 million metric tons of carbon annually, once it becomes operational. This amount represents around five per cent of the government’s 2030 target.

Steve Scrimshaw, VP of Siemens Energy UK&I, commented: “Our CCUS-focused consortium is committed to developing safe, sustainable, efficient solutions for the growing UK market. Siemens Energy has already partnered with SSE on delivering world-class gas turbine technology at Keadby 2. Once operational Keadby 2 will be the most efficient gas power station in Europe.

“Keadby 3 represents the next stage in this partnership and marries together innovative turbine technology with CCUS capabilities. Our collective aim with this consortium is to draw on our extensive track records to reduce emissions and provide best-in-class capability and local UK delivery.”

Moreover, Aker Solutions pointed out that Keadby 3 is a “significant addition” to the consortium’s growing portfolio of CCUS projects in the UK, elaborating that this alliance aims to deliver solutions that enable customers to achieve decarbonisation goals.

Andrew Colquhoun, CEO of Doosan Babcock, stated that the collaboration could pave the way for the successful deployment of CCUS technology at scale, adding: “Our companies all have significant carbon capture experience and seek to accelerate the energy transition. We are pleased to work jointly with Aker Solutions, Siemens Energy and Aker Carbon Capture, to support the UK’s net-zero journey.”

Aker Solutions further disclosed that it will book the FEED as order intake in the second quarter of 2022 in the Renewables and Field Development segment.

When it comes to the consortium’s other recent deals, it is worth noting that these three players were selected by BP in December 2021 to participate in a FEED ‎competition to advance the development of one of the first decarbonised industrial ‎clusters in the UK and the world.

As reported at the time, the winner who will take the project forward into construction is expected to be selected in 2023. 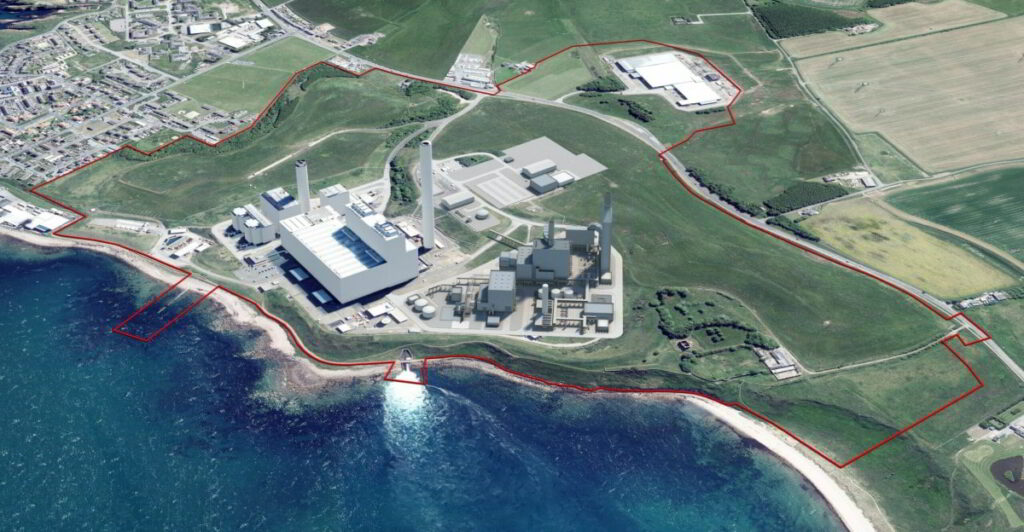