Corvus Energy has been selected by Rolls-Royce as the supplier of a lithium-ion-based energy storage system for the Norwegian Coastal Administration’s (NCA) new multipurpose vessel OV Ryvingen.

Corvus said on Monday that the Orca Energy ESS would supply electrical power for all-electric propulsion and electrical needs while docked.

The Ryvingen is a multipurpose vessel, which performs operations relating to oil spill protection and the maintenance of shipping lanes.

The Orca ESS for the Ryvingen will have an available capacity of 2,938 kilowatt hours (kWh). A substantial increase from the 850 kWh capacity that is installed aboard its hybrid sister ship the Bøkfjord.

This will allow the vessel to run on battery power alone for several hours, without using the diesel engine. Also, the batteries will provide power when the vessel is docked, so the diesel engines will not have to be kept running. The batteries will be recharged from an onshore power supply in ports where available. The complete equipment package will also cut noise and vibration levels on board.

The 46.6 meter-long and 12 meter-wide OV Ryvingen is scheduled for delivery towards the end of 2018.

“The electrification of vessels will see an increasing utilization of higher battery capacities,” said Halvard Hauso, senior VP of business development of Corvus Energy. “As with the Ryvingen, an increasing number of vessels will use the Orca energy storage system to deliver a greater proportion of the vessel’s power.”

Just last week, Corvus Energy received Type Approval by DNV GL for its Orca ESS for use in battery-powered or hybrid vessels and offshore units. In recent months, the company won deals to install the ESS on two Havila vessels, one Farstad Shipping’s PSV, and on Eidesvik’s Viking Princess and Viking Lady. 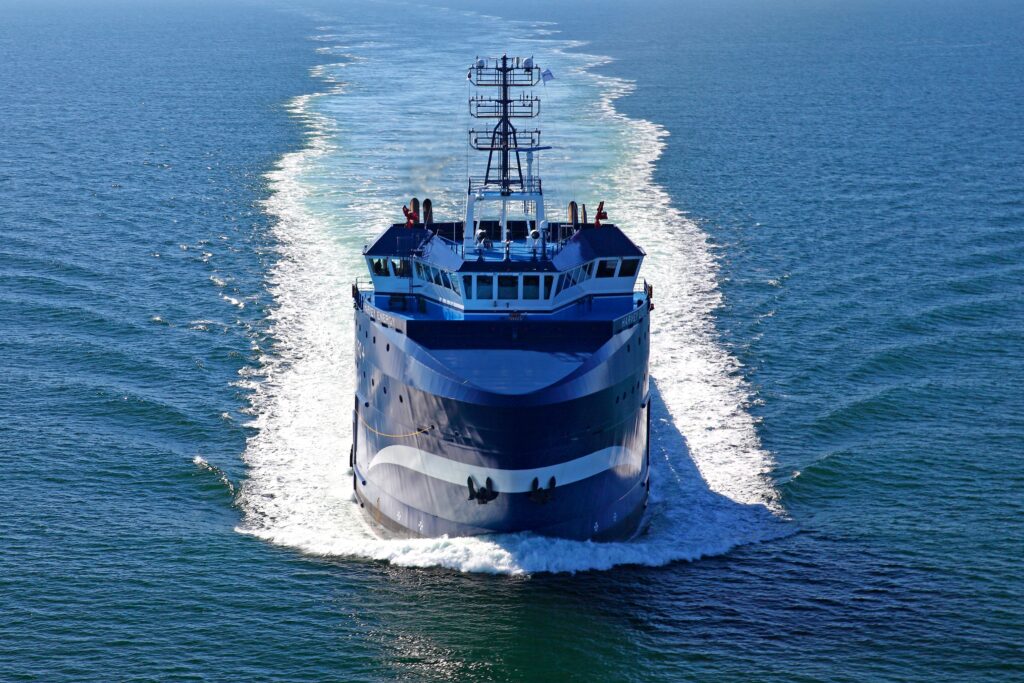