“We believe that we can be green and competitive at the same time, without sacrificing one over the other. These vessels will help OOCL grow its fleet in a healthy and balanced manner, allowing us to enhance our network design and strengthen our long-haul routes, in line with our long-term development plan. More importantly, I believe that the ordering of these methanol-compatible vessels represents a hugely important step on our decarbonization journey towards a greener future,” Kenny Ye, Chief Operating Officer at OOCL, said.

The construction of the 12 massive containerships is expected to be financed by bank loans and internal resources.

COSCO said that the order is part of the group’s strategy to promote the use of clean fuels in its fleet in line with the shipping industry’s decarbonization efforts.

The Chinese shipping giant added that the new 24,000 TEU boxships would be fitted with advanced energy-saving, emission reduction and smart ship technologies as well as advanced green methanol dual-fuel technology.

COSCO joins several industry counterparts in choosing methanol as the future fuel, including Maersk and CMA CGM. The number of methanol-powered vessels has doubled over the past year, with container shipping companies at the forefront of the ordering tally.

With the most recent order, Maersk has in total ordered 19 vessels with dual-fuel engines able to operate on green methanol. The container shipping heavyweight said that when all 19 vessels on order are deployed and have replaced older vessels, they will generate annual CO2 emissions savings of around 2.3 million tonnes.

Methanol has a number of benefits when compared to other zero-carbon options being considered, the most notable being its maturity from a technical perspective, i.e., onboard storage solutions and vessel designs as well as practical advantages in storage, handling, and its carbon intensity reduction potential.

Its key benefits also include its density, which doesn’t affect the load capacity of ships, and an attractive price.

Aside from container shipping, other shipping sectors seem to be jumping on the bandwagon, including dry bulk shipping. Last week, dry bulk shipping company Pacific Basin said it would invest in green methanol as the best fuel for its first generation of zero-emission vessels.

The decision is based on the findings of a feasibility study the company conducted in cooperation with Nihon Shipyard Co. and Mitsui & Co. The company will now move forward with the design of the vessel which is likely to take a few years before Pacific Basin proceeds with ordering the ships.

‘‘Drawing on the collective expertise of our partners, we are confident that methanol is currently the most suitable future fuel for Handysize and Supramax bulk carriers, and we believe the infrastructure to produce and distribute green methanol is coming,” Martin Fruergaard, CEO of Pacific Basin said.

Companies including Waterfront Shipping, Stena/Proman, NYK and MOL have built a series of methanol carriers that use a segregated portion of the cargo as fuel.

More bulk shipowners are exploring it as fuel, and several methanol/dual-fuel designs for bulk carriers and tankers are coming to market.

Chinese shipping heavyweights China Merchants Energy Shipping and COSCO Shipping Bulk have also voiced their plans to focus on methanol marine fuel as their primary area of research in the future.

The solution is in particular interesting as it can bring GHG reduction saving immediately unlike ammonia and hydrogen which seem to be decades away from infrastructure development and production increase. 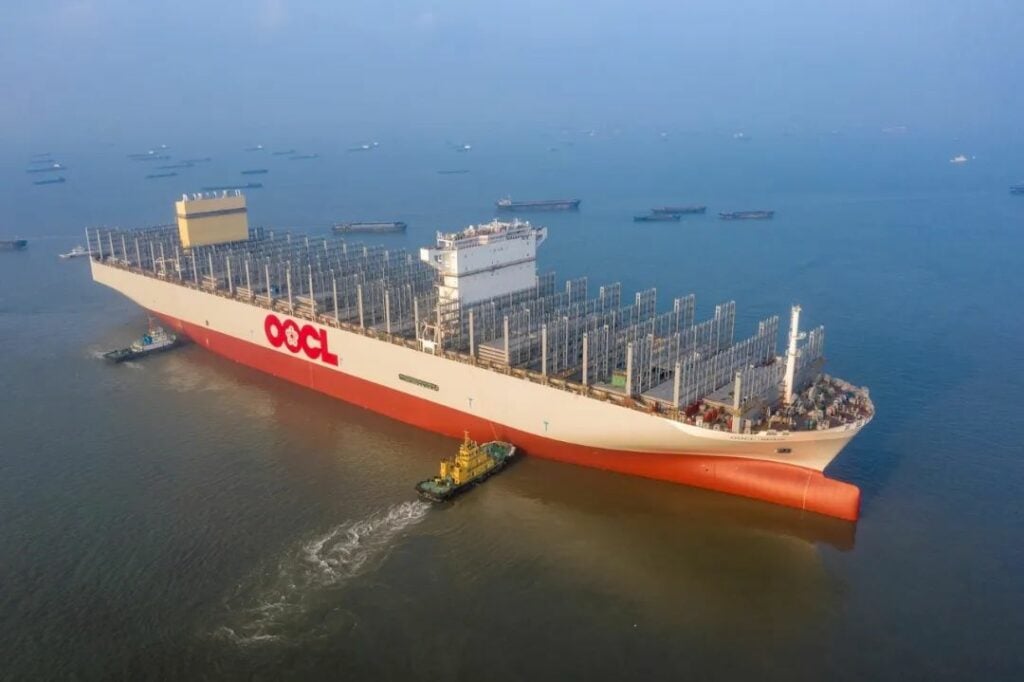