The six vessels will be built by South Korean shipbuilder Hyundai Heavy Industries (HHI) and have a nominal capacity of approx. 17,000 TEU. They come with dual-fuel engines able to operate on green methanol which is expected to save about 800,000 tonnes of CO2 emissions annually.

Maersk said that the newbuilds would replace existing capacity in the company’s fleet.

With the order, Maersk has in total ordered 19 vessels with dual-fuel engines able to operate on green methanol. The container shipping heavyweight said that when all 19 vessels on order are deployed and have replaced older vessels, they will generate annual CO2 emissions savings of around 2.3 million tonnes.

The feeder is expected to join Maersk’s fleet in 2023 while the first newbuild from the 16,000 TEU batch is slated for delivery in 2024.

“Green methanol is the best scalable green fuel solution for this decade, and we are excited to see several other shipowners choosing this path. It adds further momentum to the rapid scaling of availability needed to bring down the premium on green methanol and accelerate the evolution of climate neutral shipping,” said Palle Laursen, Chief Fleet & Technical Officer at Maersk.

As informed, benchmarked against conventional fuel capabilities, additional capital expenditure (CAPEX) for the methanol dual-fuel capability is in the range of 8-12%, which is an improvement compared to when Maersk ordered eight vessels with the same technology last year.

Maersk has set a net-zero emissions target for 2040 across the entire business. The company is also working to achieve tangible near-term targets for 2030, which include a 50% reduction in emissions per transported container in the Maersk Ocean fleet compared to 2020 and only ordering newbuilt vessels that can be operated on green fuels.

The containership owner has meanwhile been on a massive partnership-building campaign with potential methanol producers and has so far concluded seven strategic green methanol partnerships with companies across the globe. The main goal is to overcome the uncertainties related to the availability of alternative fuels. 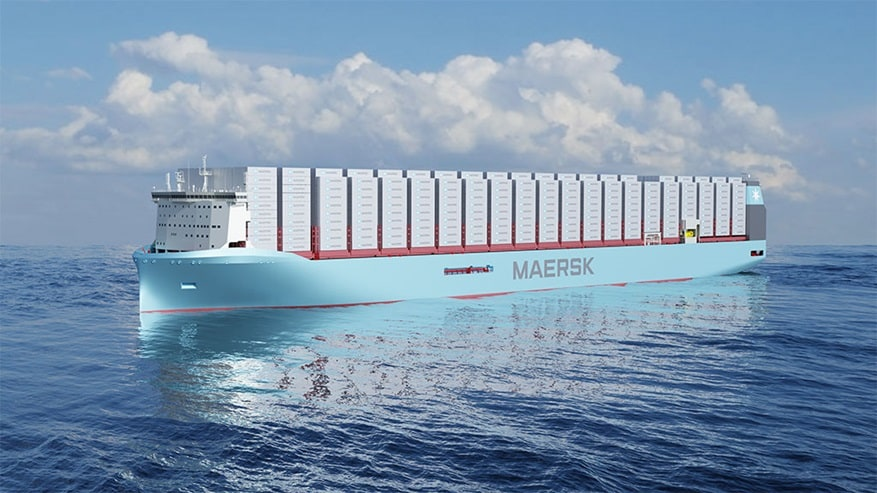