On December 15, the world’s first smart green energy system for a zero-carbon terminal was successfully connected to the grid at the Second Container Terminal of Tianjin Port, COSCO SHIPPING Tianjin said.

Compared with traditional terminals, the “zero-carbon” terminal is powered by wind and photovoltaic energy, achieving zero-carbon emission in energy consumption and production.

COSCO SHIPPING Tianjin Goldwind New Energy, a joint venture between COSCO and Goldwind, has provided “zero-carbon” solutions for the smart container terminal at Section C of Tianjin Port, realizing 100% self-sufficiency in the provision of clean energy for the terminal.

In addition, the 1.4MW PV project under construction is expected to be connected to the grid in mid-January 2022.

The two sides aim to further deepen their cooperation on the project’s Phase II construction for wind power deployment and on other new energy projects to support the endeavors to build zero-carbon smart terminals at Tianjin Port. 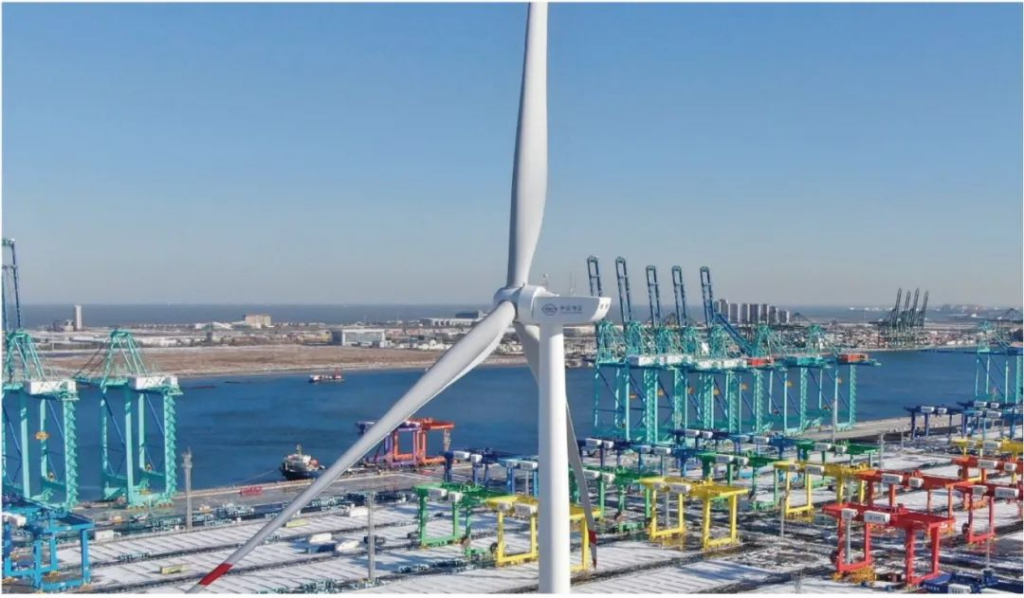