The long-awaited court decision on the Elbe deepening project will be announced on February 9th 2017, reports the Port of Hamburg.

According to the port, the adjustment of the navigation channel on the Lower and Outer Elbe is the most important strategic expansion project for the Port of Hamburg.

In view of the rapidly growing ships, Hamburg is dependent on adapting its seaward access to this technical development in the long term. This is the only way to ensure that Hamburg can be called at economically viable conditions and that its port remains competitive, the port said in today’s release.

During the oral proceedings of the last three days, the Federal Administrative Court in Leipzig intensively discussed legal and technical questions related to the adjustment of the navigation channel for containerships with a depth of 14.5 meters.

The Free and Hanseatic City of Hamburg and the federal government were able to present their arguments and to prove the results which were obtained in sound investigations.

Frank Horch, Senator for Economy, Transport and Innovation of the City of Hamburg, said: “We are confidently looking forward to the pronouncement of the decision which is announced for the 9th February 2017.”

The legal questions that were discussed partially touched new legal ground. The forthcoming decision of the court on the “Elbe deepening” will show for the first time how the legal framework on water resources management and water protection has to be applied Germany-wide.

The Hamburg Port Authority said that it is prepared to start the dredging measures immediately in the event of a positive judgment. 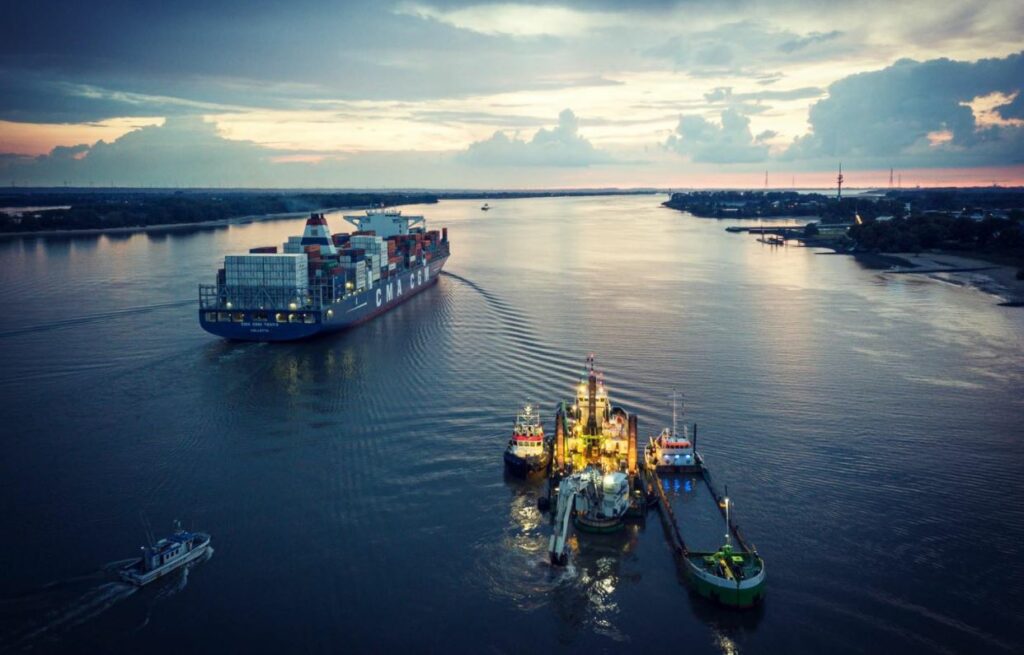