CWind, part of the Global Marine Group, has completed its inter-array cable pull-in and termination and testing campaign at the Kriegers Flak offshore wind project in Denmark.

Global Marine’s Global Offshore also worked at Kriegers Flak where it was in charge of the inter-array cable installation.

The second phase included the installation of 72 inter-array cables using Normand Clipper and the jet trenching of 72 routes using the Q1400 aboard sister vessel Normand Cutter.

Following the cable installation, the PLP240 returned to the site to conduct backfilling operations, the first operation of its kind on an inter-array grid, Global Offshore said.

“We are delighted to report the successful installation of all 72 inter-array cables at Danish Kriegers Flak Offshore Wind Farm. Despite COVID-19 restrictions and the associated challenges, extreme weather, and complex seabed conditions, our expert teams have met client expectations and completed this project safely, in under six months,” said Mike Daniel, Managing Director of Global Offshore.

The 605 MW wind farm delivered first power to the grid in early February, while the plan is to have it fully commissioned by the end of the year. 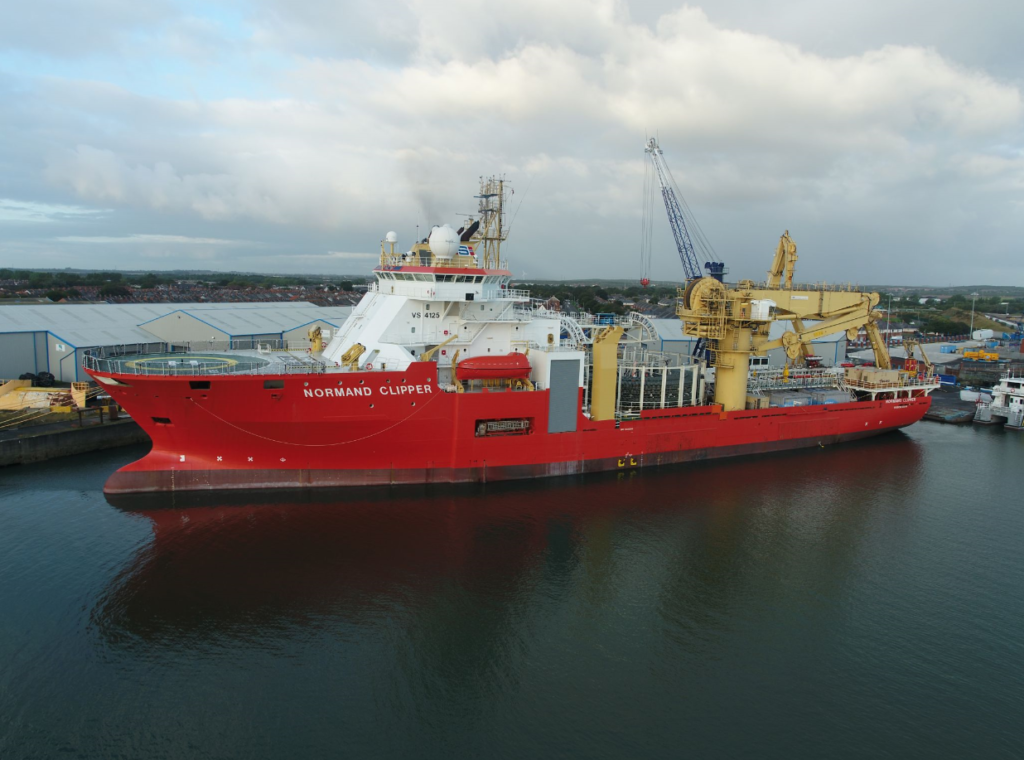