The 8,500 cbm LNG bunkering vessel was contracted by ENN Energy Holding, one of the largest LNG users in China, back in 2018 and it will be operated by Tianjin Southwest Maritime Limited. It is the first domestic newbuilding LNG bunker vessel that is classed by the China Classification Society (CCS) in line with the Rules for Liquefied Natural Gas Bunkering Vessel. The vessel, described as China’s first seagoing LNG bunker vessel, was scheduled for delivery in 2020, however, its construction got delayed.

The vessel is intended to provide LNG bunkering services in the coastal region of Eastern China including the Zhejiang province, one of China’s top bunkering hubs. It is able to bunker large ocean-going vessels including container carriers, bulkers, and LNG-powered cruise vessels.

As disclosed earlier, the new vessel is planned to be based at the ENN Zhoushan LNG receiving & bunkering terminal in China’s eastern Zhejiang province. In addition to providing bunkering supply operations, it will also carry out gas testing services for LNG carriers and other LNG fuelled vessels.

The vessel has an overall length of about 119.3 meters, a moulded width of 19.8 meters and a moulded depth of 11 meters. The designed draft is 5.9 meters and the scantling draft is 6.5 meters. There are two cargo hold spaces, each fitted with an independent Type C cargo tank which is designed for a minimum design temperature of -164 ° C and a maximum design vapour pressure of 3.75 bar. 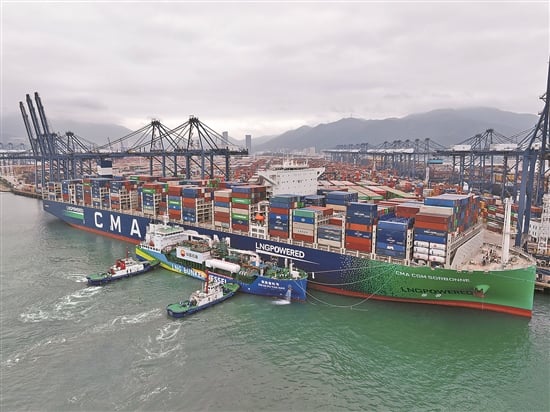