Named Nexus, the 126-metre vessel is intended for the installation of electricity cables for offshore wind farms. Van Oord is currently making preparations for the Gemini offshore wind farm which will be constructed 55 kilometres to the north of Schiermonnikoog, one of the Dutch Wadden Islands, and the cable-laying vessel will be deployed initially at that site.

Despite encountering some challenges during the build process, the DOC 8500 was delivered several days ahead of the specified completion date and the entire design, engineering and build took just 15 months.

The Nexus is now at Damen Shiprepair Vlissingen, where Van Oord is building and installing the additional cable laying equipment.

The Damen Offshore Carrier (DOC) concept was first introduced by Damen in 2012 as a cost-effective smaller heavy transport, offshore installation and ro-ro platform suitable for multiple markets. With its spacious and flush open deck the design is highly adaptable and its modular construction means that it can switch quickly and economically between roles.

Jaap de Jong, Van Oord’s Staff Director Ship Management Department, commented: “By working closely together, Damen and Van Oord managed to build a fit-for-purpose and economical vessel in a very short period of time. The Nexus is an asset to Van Oord’s fleet and its Offshore Wind Projects business unit.” 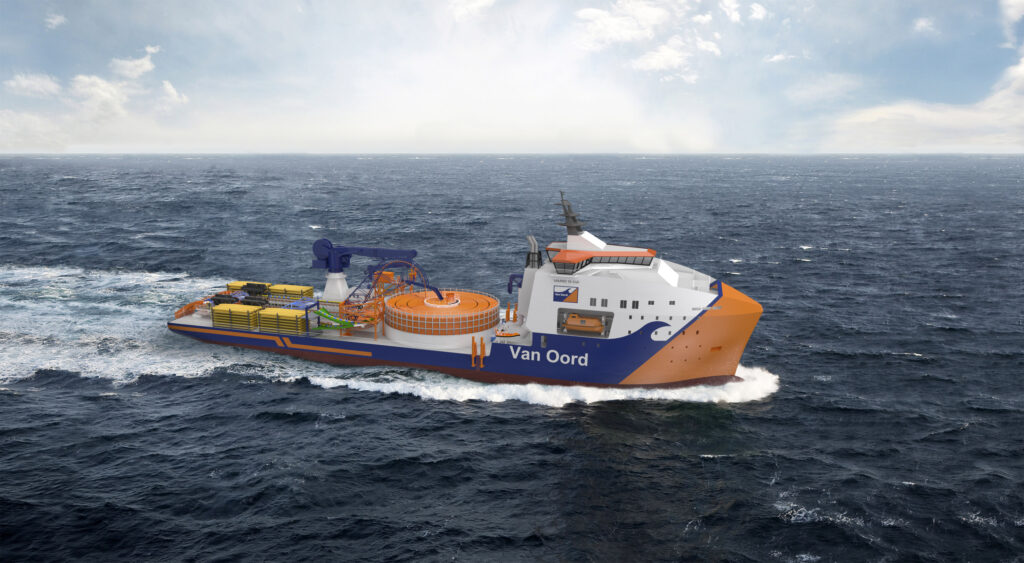