The vessel has been designed to perform a variety of offshore tasks both at surface level and subsea, Damen said in a statement on Monday.

“We were approached by several different operators at the same time, all looking for slightly different offshore capabilities, but similar enough that their requirements could be met with a conceptual standard platform,” said design & proposal engineer Mark Couwenberg.

Couwenberg added: “The vessel can be fitted with a moonpool-deployed saturation dive system to allow diving operations at offshore crane, a stern A-frame and an offshore access system. The vessel can also act as a submarine rescue vessel. For this, submarine rescue gear is placed on deck. To ensure suitability for this scope of work, the available vessel accommodation, manoeuvring systems and dive support systems are crucial features.”

According to the shipbuilder, the OSV 9020 provides living space for up to 120 persons on board and a helicopter deck is integrated in the design.

The vessel is primarily designed to operate on DP. The complete hull, superstructure and thruster layout is designed for this. The four identical azimuthing thrusters are arranged symmetrically: two on the stern and two on the bow. This ensures maximum station-keeping performance while avoiding high noise levels in the accommodation. In addition, this layout results in lower maintenance costs, lower fuel consumption, and less total installed power. Although the main benefits of the design are seen during station-keeping, the transit performance of the vessel is also very efficient. Speed and fuel consumption are hardly sacrificed by the layout, according to the shipbuilder.

The diesel generators are supported by a battery pack. The electric system is designed to operate safely with closed bus-ties. This makes it possible to have less engines running, resulting in reduction of fuel oil consumption and harmful emissions with up to 20% and less maintenance.

Also, the vessel is fitted with a hybrid power generation system. However, the vessel can optionally be delivered to operate on green methanol, produced from biological waste streams. This allows reduction of well-to-propeller CO2 emissions by approximately 70%.

In addition to the ease of bunkering offered by green methanol at most ports in the world, it is easy to handle safely on board and is cost-efficient. Additionally, methanol sacrifices very little design capacity so that the vessel does not need to be larger to achieve similar endurance, Damen concluded. 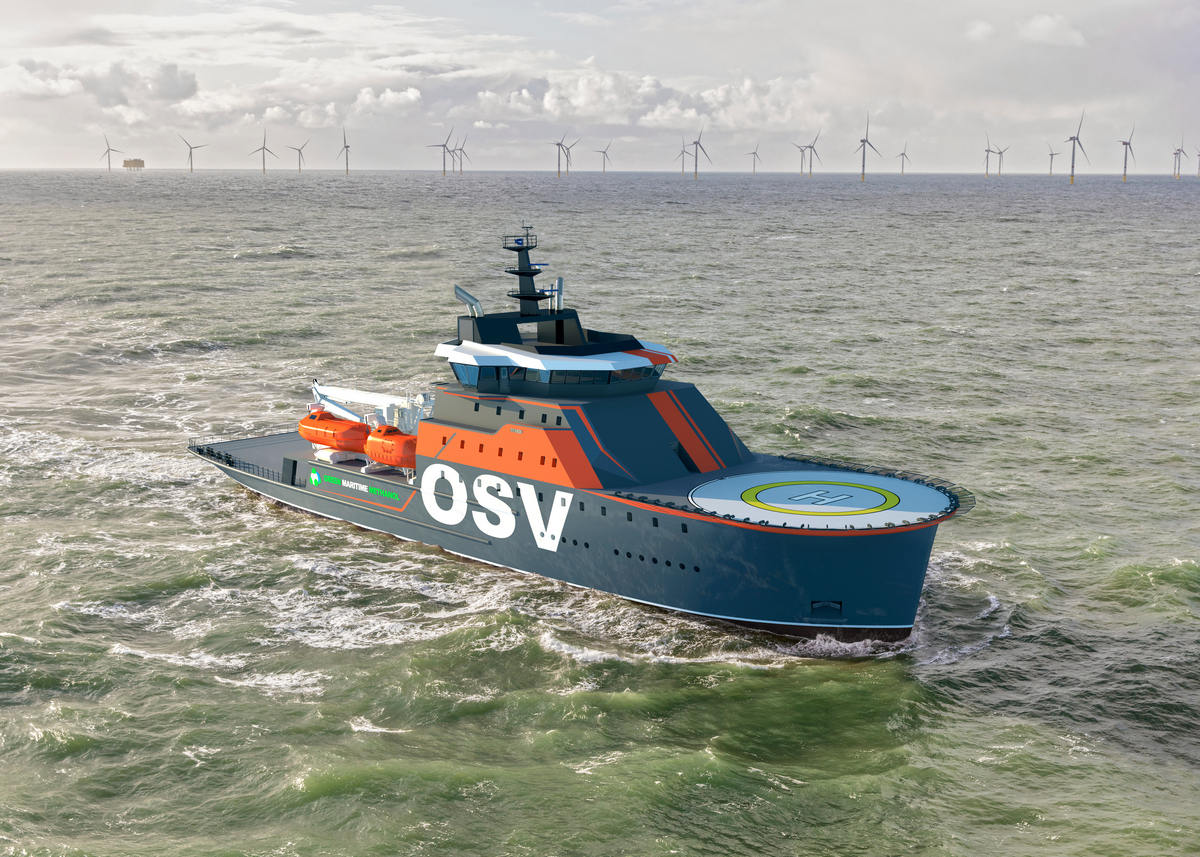