Defended by electronics – An insight in Thales Nederland’s defence applications

When hearing the phrase ‘marine electronics’, many will mainly think about navigation, communication, power management and entertainment systems on commercial vessels. An interesting niche market however is the advanced electronics on board of navy vessels and the Netherlands is home to one of the biggest specialists in electronics for defence applications: Thales Nederland.

Thales Nederland is part of the Thales Group, a global company with 68,000 employees that provides technological solutions from equipment and systems to system integration in the aerospace and transport and defence and security sectors. Thales Nederland, with headquarters in Hengelo and offices in Huizen, Delft, Eindhoven and Enschede, employs about 1,700 people and is the largest defence company in the Netherlands, specialising in designing and producing professional electronics for defence and security applications, such as radar and communication systems. Moreover, Thales Nederland acts a local point of contact for the complete portfolio of the Thales Group.

”Thales Nederland is part of the maritime world in the Netherlands where we mainly focus on the Royal Netherlands Navy and that is what distinguishes us”, says external communications manager Frank van de Wiel. ”We also have strong connections with maritime partners Imtech, Wartsila and Damen Schelde Naval Shipbuilding, and the Dutch maritime cluster ensures that the Netherlands is the only nation other than the United States that is able to build a complete navy vessel.”

He continues: ”The development of new products such as sensors or radars for the navy always passes through several study contracts. During these studies we assess the demands and research what is technically feasible and economically profitable. The last in this series of study contracts is the actual contract. When developing new products, we always work together with our client, we look at the needs of the client. Continuously challenging each other in this way, results in the best form of cooperation with your client.”

Van de Wiel: ”About 80% of our turnover comes from export, we do business in almost every region, from South-America and North-Africa to the Middle East, Canada and Australia. Recently we signed a contract with Damen Schelde Naval Shipbuilding for the delivery and installation of a full mission systems suite for the two PKR class vessels under construction for the Indonesian Navy. We mainly sell our products to navies and armies and we also focus on coast guards, which is a relatively new market to us. Coast guard vessels only have a minimum of weaponry, but need very good sensors to be able to detect vessels involved in smuggling or piracy for example. The coast guards sail in coastal areas, so the sensors on board face several moving objects that are not necessarily ‘hostile’, consider wind mills, sea-gulls, leisure and fishing boats or bridges with moving cars, so they need to be able to distinguish between these and the hostile targets such as terrorists or drug smugglers. Therefore coast guards are in need of other types of sensors and radars, but also navies will benefit from these developments, as their tasks are changing. Nowadays, they are not only involved in warfare, but, using smaller vessels, they also deal with non-military crimes, smuggling, piracy and environmental crimes that need smaller, but very advanced sensors.”

Sensors are Thales’ specialty and they can be classified in radar equipment, which works with radio signals, and optical equipment, which works with rays of light. The advantage of a radar is that it works in all circumstances, be it day or night, hot or cold, the disadvantage is that a vessel with a powerful radar also reveals its location, whereas optical equipment only receives light and does not transmit any signal itself. However, optical equipment depends on the amount of light available, which can be a disadvantage. Therefore navies often choose for a combination of both. There are two types of radar: the surveillance radar searches and gives a signal if it detects something, and the tracking radar, which tracks the target and gives the combat management system information to direct the gun fire of a missile.

Next to sensors, Thales has knowledge of platforms, communication, electronic warfare, navigation and other mission system components as well as the management engineering and integration skills needed to define and realise complete mission system solutions. From detecting a threat to the control of the defence systems, it can all be done with Thales systems, including the integration of all operational systems. Van de Wiel adds: ”Next to that we call ourselves life time service provider, as we also provide maintenance services if required, and we see that it is a trend for navies to outsource the maintenance instead of doing it themselves. Life cycle support is extremely important to us and we partner with customers for the maintenance and support of our systems.”

Earlier this year, Thales Customer Services and Support won the Maintenance Awareness Award 2013 for its In-Service Support Game, awarded by the Dutch Institute for World Class Maintenance. The serious game, in the form of a board game, makes the complex InService Support problems better to understand from the perspective of various disciplines and deals with the many logistic and organisational aspects in the maintenance of complex systems such as radars and command & control systems. The game is used in the discussion with logistic experts and purchasers in the customers’ organisations to make a comparison between the traditional maintenance concept (in which the customer does everything in-house) and performance-based logistics in which the customer outsources all maintenance activities to the manufacturer.

Another popular product Thales supplies is their combat management system (cms), Tacticos. ”Worldwide this is the most successful cms”, says Van de Wiel. ”We have recently signed an agreement with the Netherlands Navy for closer cooperation in the field of cms. Also interesting is APAR, the active phased array multifunction radar, which includes the interrupted continuous wave illumination technique. The APAR can guide several missiles at once to the target.”

Thales is cooperating with NATO, the North Atlantic Treaty Organisation, in the development of naval defence against tactical ballistic missiles. “We were asked to develop a sensor that has a very long range for the NATO ballistic missile defence architecture and tests have demonstrated that our SMART-L/S1850M Volume Search Radar can be modified to detect and track ballistic missiles timely enough to take interception measures”, Van de Wiel explains. ”The NATO finds this development necessary as some rogue nations own ballistic missile technology. These missiles can only be taken out while ascending, because they are travelling too fast when they descend, and when you take them out, the fragments will come down on earth and will cause heavy damage. Our SMART-L operates on the Dutch navy’s four De Zeven Provincien class air defence and command frigates as well as on navy vessels of six other nations. The SMART-L on the De Zeven Provincien class ships will be subjected to a modification that will give them an early warning capability as the radar’s range will be extended to about 200 kilometres. With this change, the radar is the perfect instrument for NATO to detect these ballistic missiles just after their launch. The contract for this modification was signed last year.”

Thales’ current masterpiece is the Integrated Mast (IM-400), a structure that houses all radar, electro-optical, and communications antennas as well as associated electronics cabinets and peripherals. Van de Wiel: ”A modern navy vessel has many antennas and radars. Traditionally, these were placed one by one on the vessel and tested during the last phase of the build, which costs a lot of time. With the IM-400, a lot of time is saved, as the mast is built and tested at our premises and then placed on board already completely functional. An additional advantage is that there are no moving parts on deck, the maintenance can easily be done on the inside of the mast by just one maintenance engineer. Also the mast provides a continuous 360-degrees view, which is even better than a rotating radar. The Royal Netherlands Navy ordered five of them, three are already operational, the last two will be placed on the patrol vessel Friesland and the joint support ship Karel Doorman, that is currently under construction at Damen Schelde Naval Shipbuilding and planned to be operational in 2015.” 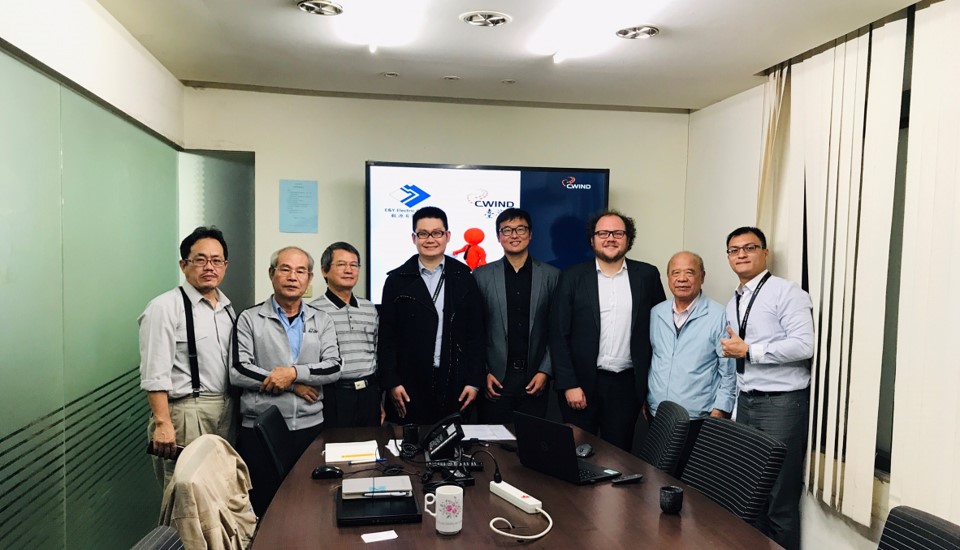