Sandy coastlines are wide spread across the globe. They evolve in time due to the supply and removal of sand, which makes them vulnerable to changes in their sand budget, said Deltares.

The presence of a coastal inlet along a coast adds complexity to these budget changes by either supplying sand or catching sand.

The combined effect of land-side and sea-side phenomena on the sand budget of the coastal inlet system has been studied by researchers from IHE Delft, Twente University and Deltares and are combined in a new model. The results were published this week in Scientific Reports.

Climate change is widely expected to lead to many noticeable changes in natural systems, both on land and in the ocean, and as early as mid-century.

For example, an increase in rainfall over land will not only increase the river flow, it will also increase the volume of sand carried by the river.

This will result in a larger supply of sediment to the coast which results in outbuilding (known as progradation) of the coastline.

Another major consequence of climate change is an acceleration of sea-level rise which will impact on the coast as well.

A higher sea level creates a need for more sand to maintain the position of the coastline. If that extra sand is not available, the shoreline will retreat, with serious consequences for communities, developments and infrastructure, said Deltares.

While such land-side and sea-side phenomena both affect the sand budget of the coastal inlet system, their combined effect has not been adequately investigated until now.

Janaka Bamunawala, a PhD student at IHE Delft/Twente University, with financial support from Deltares, developed and piloted a fully probabilistic numerical model (named G-SMIC) that accounts for the combined effect such land-side and sea-side processes and provides rapid projections of changes in the sand budget and the shoreline at coastal inlets.

The results for the most extreme IPCC climate scenario (RCP 8.5) show that 90% of the studied coasts could retreat in the coming century, two-thirds of them by more than 100 m.

The other coasts are projected to prograde due to an increase in sand supply by rivers.

The distinction between retreating and prograding coasts is an important step forward compared to the projections made hitherto that have only been able to project shoreline retreat. G-SMIC may be applied more widely to support evidence-based coastal adaptation for the coming century. 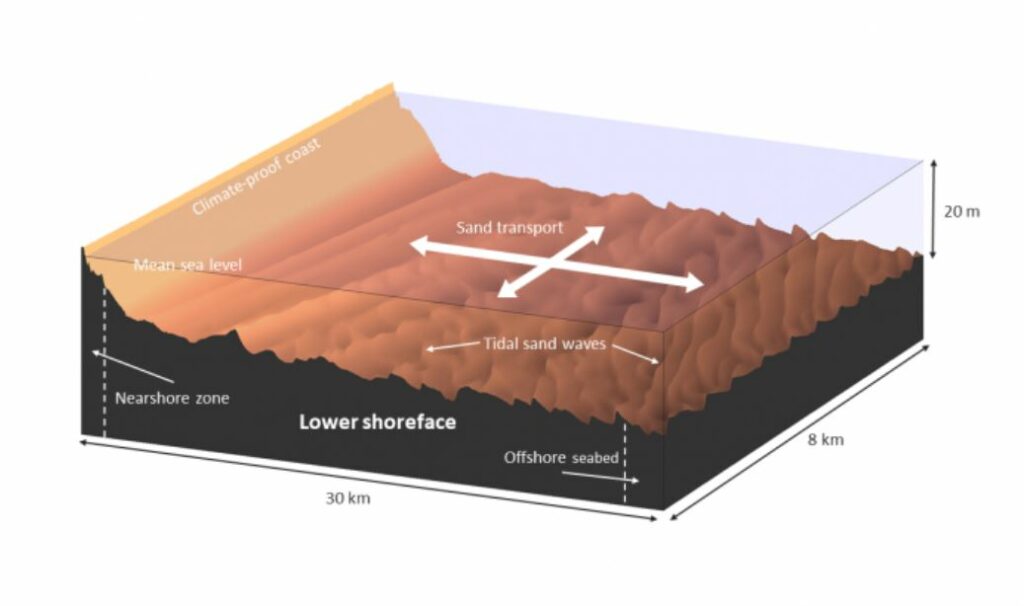 Climate proof sandy coasts
Posted: about 1 month ago
VIDEO: Wind, sand and biodiversity in Bloemendaal
Posted: 22 days ago
Premium
Chief’s Report signed for one of the largest projects in USACE history
Posted: 26 days ago