The company said in a brief statement through its social media channels that the newly built Spartacus bunkered LNG at the Royal IHC shipyard.

DEME said that it was not only the first ever LNG bunkering of a CSD in its fleet, but it is also the first time in the world.

With its dual-fuel engines, and 44,180 kW installed capacity, Spartacus will be able to cut harder soils at speeds that have not been possible before and dredge in waters up to 45 m, DEME said.

It is also one of the duel-fuel vessels in DEME’s fleet. It highlights the company’s investment towards the goal of becoming climate neutral by 2050. 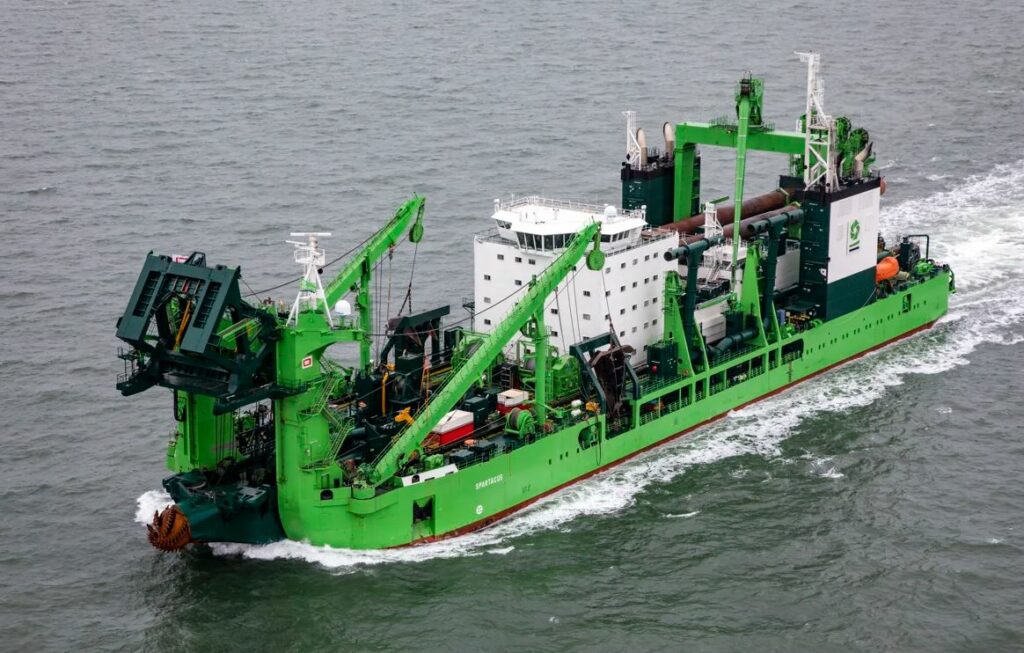