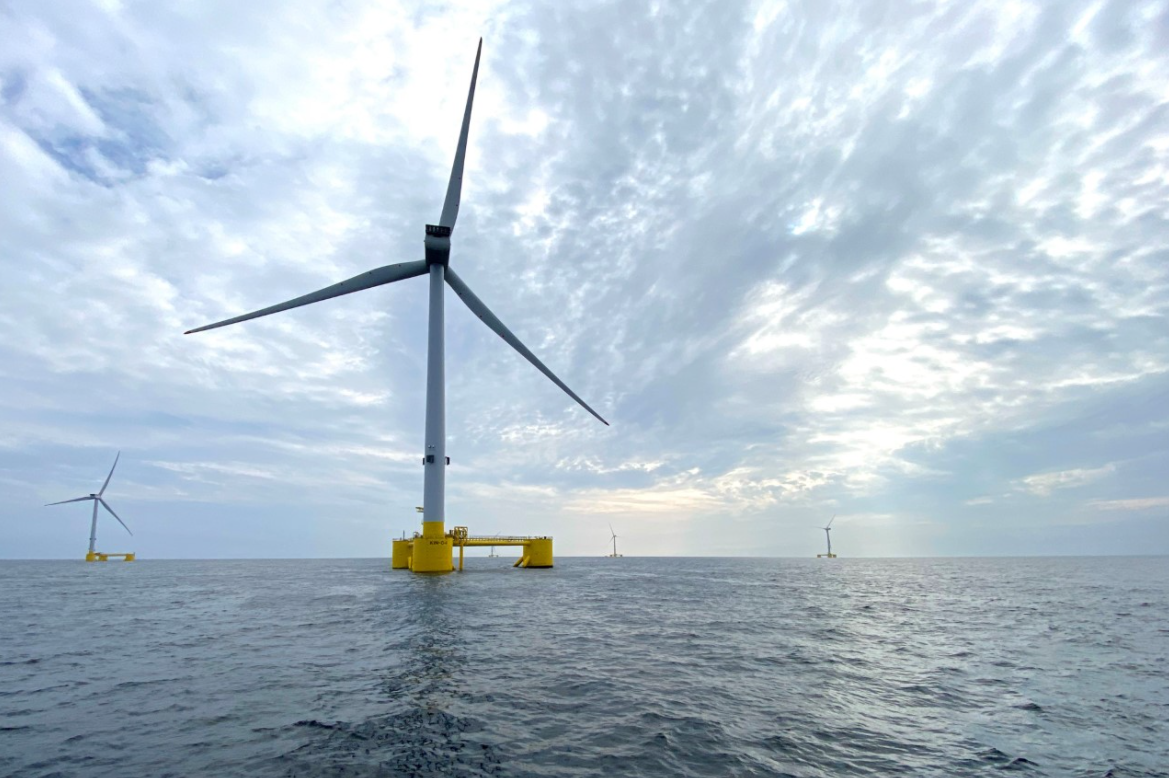 Copenhagen Infrastructure Partners (CIP) has confirmed to our sibling news site offshoreWIND.biz that it had submitted an application for a gigawatt-scale floating wind farm near the island of Bornholm in the Baltic Sea. The project, which could also include Power-to-X (green hydrogen) capabilities, would be Denmark’s first and the world’s largest wind farm of this kind if approved to be built by 2027.

The application is one of the two CIP filed for an area near Bornholm and one of the five applications the developer submitted through Denmark’s ‘open door’ scheme.

The floating wind project, named Bornholm Basin East (Bornholm Bassin Øst), is planned to have an installed capacity of 1.5 GW, which would make it the biggest wind farm of this kind in the world if it is granted development approval.

The floating Bornholm Basin East is proposed to be built east of Svaneke on the east coast of Bornholm, in water depths of between 85 and 100 metres. The project site is situated some 41 kilometres from Svaneke at its nearest point and some 96 kilometres from the Port of Rønne, which would be used as the primary installation base during construction.

Since the area where CIP plans to build the wind farm is suitable for floating foundations, Bornholm Basin East is expected to be developed as Denmark’s first floating offshore wind farm, the developer says in its application for a preliminary site investigation permit.

According to the document, the floating wind farm could feature wind turbines of an output of up to 20 MW each.

The final selection of a wind turbine model will be based on a concrete assessment of the most economical and technical solution for the area. In addition to power generation, direct conversion to hydrogen will also be considered for the project later on, in which case this will be the decisive factor on the wind turbine type to be used.

According to CIP, in addition to electricity generation for Danish consumers, Bornholm Basin East could help support the development of the Bornholm Energy Island by making a significant additional contribution to the supply of Power-to-X on Bornholm, or to supply other Baltic countries with green electricity.

In the options for the grid connection of the 1.5 GW floating wind farm, as well as the bottom-fixed Bornholm Basin South, CIP has outlined links to the energy island.

For the bottom-fixed, southern wind farm, CIP is proposing a landfall point south of the town of Aakirkeby on Bornholm and connection at a transformer station established for the energy island.

For the floating wind farm, this is also one of the two options, the other being a cable route to the offshore platform at the Bornholm Basin South offshore wind farm, which would then link to the landing point in Aakirkeby, and then connect to a transformer station for the energy island.

OffshoreWIND.biz contacted Copenhagen Infrastructure Partners to confirm the submission of the project development application for the floating wind farm and its potential running for offshore wind capacity supply in the upcoming tender for the Bornholm Energy Island’s offshore wind farm.

A spokesperson from the company has confirmed CIP filed a project development application for the 1.5 GW Bornholm Basin East floating wind farm through the ‘open door’ solicitation, along with the four other projects, but said that the two applications in the areas close to Bornholm were not directly related to the energy island and that the company could not comment on future tenders.

The Danish Government is currently working on the tender framework for the offshore wind build-out related to the Bornholm Energy Island and expects to have this completed by the end of 2022.

According to the timetable of the Danish Energy Agency, the tender for the offshore wind farm that will supply power to the energy island will be opened in the fourth quarter of 2023, with a concession contract awarded a year later.

Last month, the Danish Government increased the planned offshore wind capacity at the Bornholm Energy Island from 2 GW to 3 GW and signed an agreement with Germany to enable the transfer of electricity to the German grid.

This potential link to the country’s energy island is not CIP’s first, or only, plan for Denmark that involves Power-to-X capabilities.

In May this year, Copenhagen Infrastructure Partners unveiled plans to build an artificial island dedicated to large-scale production of green hydrogen from offshore wind in Denmark.

CIP is proposing to build the island, called BrintØ, on the Danish part of Dogger Bank, an area expected to become a central hub for the future build-out of offshore energy infrastructure in the North Sea.

As for Denmark’s currently ongoing ‘open door’ scheme for offshore wind, the Danish Energy Agency, to which the applications are being submitted, is sending all proposals that have been accepted for regulatory consultation before moving forward with the next steps in the process.

The application material for CIP’s floating and bottom-fixed offshore wind farms at Bornholm were sent for the regulatory hearing on 31 August and will be undergoing this part of the process until 29 September 2022.

Copenhagen Infrastructure Partners’ applications offshore Bornholm are the only two submitted for that area, according to the information from the DEA available at the end of the last month.

CIP’s five applications are among the 47 the Danish Energy Agency (DEA) received from 4 April to 30 August 2022 through the ‘open door’ scheme for offshore wind development. Of the 47 proposals, the DEA rejected 16 due to overlap with state land reservations. 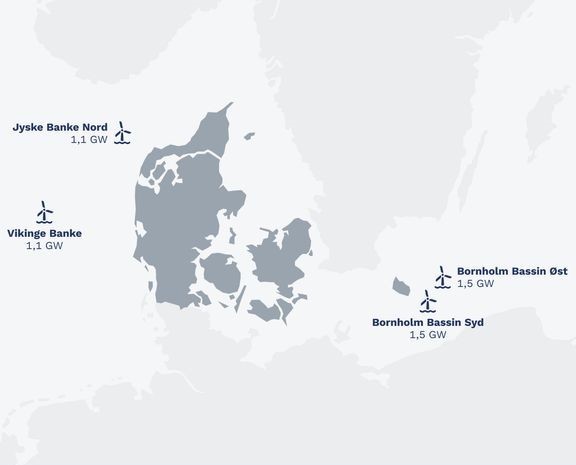