Danish shipping and logistics company DFDS recorded an increase in its earnings during the third quarter of this year.

As explained, the increase was mainly driven by the expansion of the route network in the Mediterranean and higher revenue from passengers in the Q3 holiday high season.

“We are pleased to reaffirm our full-year guidance for an EBITDA above three billion DKK, more than 10% up from last year. Our new Mediterranean freight routes are performing as expected when acquired. In northern Europe, however, businesses and consumers require clarity on Brexit for growth to continue,” Niels Smedegaard, CEO, commented.

According to DFDS, freight ferry volumes were up 6% which was below expectations as activity linked to the UK slowed while trading between Europe and Turkey was impacted by a significant depreciation of TRY in August. Passenger volumes were up 1% and the growth in the passenger yield was ahead of expectations.

In July, DFDS sold two combined freight and passenger ferries to Ukrferry. The sale of the ferries entailed a profit of DKK 23 million, the company said.

A month later, DFDS ordered one additional freight ferry newbuilding from the Chinese Jinling Shipyard. The ship is similar to the five previously ordered freight ferries and designed to carry 6,700 lane meters of freight. Four of the ships are slated for delivery in 2019 and two in 2020.

What is more, the company unveiled plans in September to install scrubbers on 12 freight ferries deployed on freight routes in the Mediterranean between Turkey, Italy, Greece and France.

The group’s revenue is still expected to increase by around 10% in 2018, driven by higher activity for both ferry routes and logistics activities as well as the acquisition of U. N. Ro-Ro.

The outlook range for EBITDA before special items has due to the slowdown in European growth been narrowed to DKK 3-3.1 billion from previously DKK 3-3.2 billion. 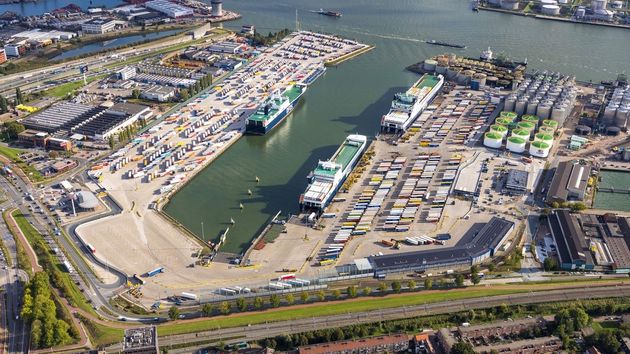