Diving ops at Kinsale set to start next month

PSE Kinsale Energy, a Petronas subsidiary, is now preparing for decommissioning of subsea infrastructure at Kinsale fields, located offshore Ireland, and will be using the Deep Discoverer DSV.

According to a Wednesday notice from the Department of Transport at the Irish Maritime Administration, the department has been advised that Kinsale Energy will undertake diving operations in the Kinsale and Seven Heads gas fields in order to perform decommissioning activities on and around the subsea infrastructure.

The notice also stated that the works are due to start on or around 10 May 2021 and are estimated to last 25 days. However, the start date and the duration of the activity is weather dependant.

The survey will be conducted by TechnipFMC’s Deep Discoverer dive support vessel (DSV).

The diver operations will take place in 13 different locations, including at Alpha and Bravo platforms, Ballycotton well, a manifold and five Seven Heads wells, as well as two wells at the West Drill Centre and E&A Wells.

As previously reported, the well abandonment campaign was scheduled to start in late March and continue until November 2021.

The rig is being towed by three anchor handling tug and supply (AHTS) vessels from Maersk Supply Service, the Maersk Maker, Maersk Mariner, and Maersk Lancer. It is expected to arrive at the location on Friday, 16 April.

PSE Kinsale Energy ceased gas production from Kinsale fields in July 2020 as the gas reserves from the field were depleting.

A decommissioning plan was submitted to the Department of Communications, Climate Action, and Environment (DCCAE) in June 2018 and approved in April 2019.

Several supply chain companies are already working on the project, including AGR, NHV Group, and HydraWell. 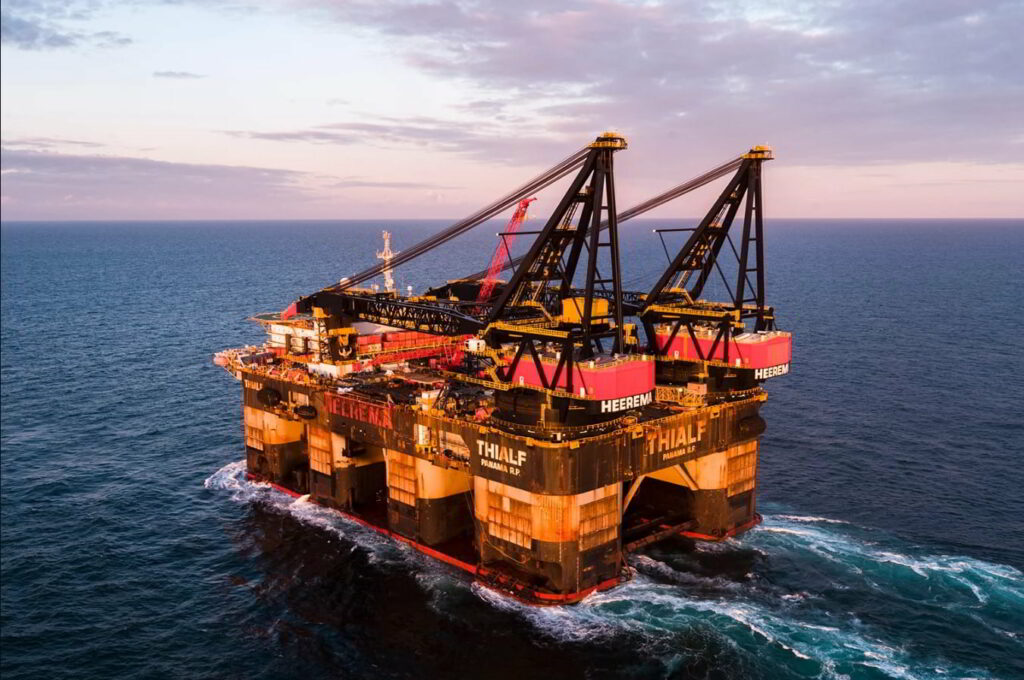