SOFF says that the DLB Norce Endeavour will install multiple new Wellhead Platforms for Chevron in the Gulf of Thailand during the 2015 campaign. The offshore scope of work includes the installation of fourteen WHP’s with an estimated utilization of the DLB Norce Endeavour in the range of 110-120 days with preparation for mobilization starting mid-April 2015.

SOFF will provide project management, engineering, procurement and logistics to support the DLB installation and construction scope of work through its DLB Marine Projects group in the Singapore office.

According to SOFF, the contract value is confidential among the parties. Chevron also has the option to hire the DLB Norce Endeavour for their 2016 campaign. DLB Norce Endeavour completed a successful 2014 offshore installation program early October for Chevron. 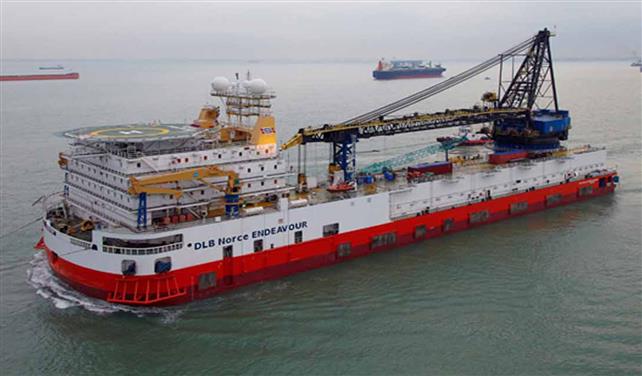