Dominion welcomed the release of a federal environmental assessment that finds the natural gas export project proposed for its existing Cove Point LNG facility in southern Maryland can be built and operated safely with no significant impact to the environment.

“The Federal Energy Regulatory Commission and other federal and state agencies that reviewed our proposal are to be commended for their thorough and independent assessment. The 241-page report represents nearly two years of study, tens of thousands of pages of documentation and many thousands of hours of work. This marks another important step forward in a project that has very significant economic benefits and helps two allied nations in their efforts to increase their energy security and reduce their greenhouse gas emissions,” said Diane Leopold, president of Dominion Energy.

“The Cove Point LNG facility has been in existence for nearly 40 years and this makes the most of existing facilities. This project will be built within the existing footprint and fence line of an industrial site. There is no need for additional pipelines, storage tanks or permanent piers, thus limiting its impact and making an environmental assessment appropriate,” Leopold said.

The release of the FERC Environmental Assessment begins a 30-day public comment period. The FERC also announced that a public comment meeting on the assessment would occur May 31 in Calvert County.

“Based upon the analysis in this EA, we have determined that if DCP constructs and operates the proposed facilities in accordance with its application, supplements, and our mitigation measures below, approval of this Project would not constitute a major federal action significantly affecting the quality of the human environment,” the FERC report concluded.

“We recommend that the Commission Order contain a finding of no significant impact and include the measures listed below as conditions in any authorization the Commission may issue to DCP.”

The construction of the export project, which is estimated to cost between $3.4 billion and $3.8 billion, will create thousands of skilled construction jobs, 75 permanent jobs and an additional $40 million in annual tax revenue to Calvert County. The county today receives $15.7 million a year from the LNG import facility.

“This one project could reduce the nation’s trade deficit by up to $7 billion annually while helping two important allies, Japan and India, meet urgent clean-energy needs,” Leopold said. “At the same time, the United States can continue to have ample natural gas supplies to meet domestic needs, and U.S. industry can maintain a significant energy price advantage over international competitors.” 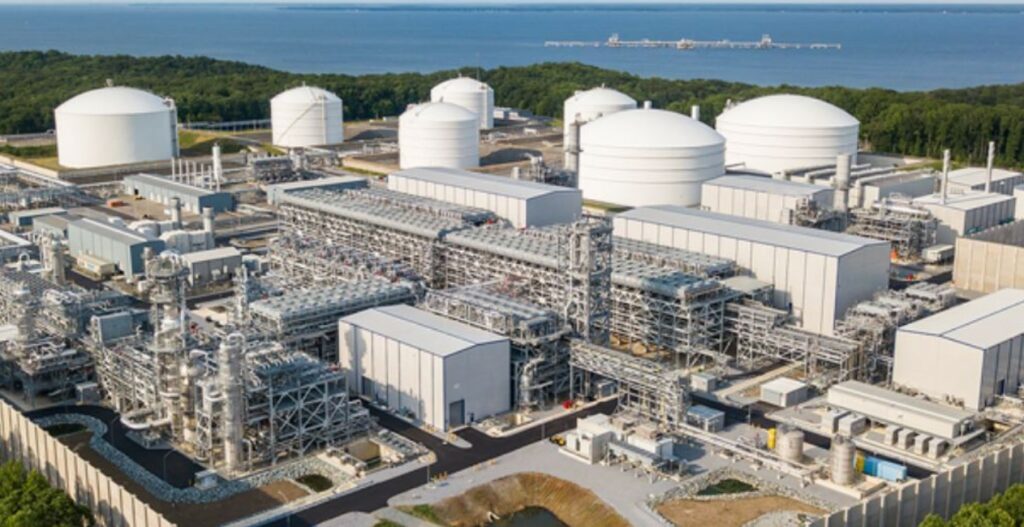