The assumption that the rise of mega-ships and alliances would limit the coverage of direct mainline container services to key gateways and hubs has thus far been inaccurate, according to shipping consultancy Drewry.

As more countries and ports upgrade to mainline status that will inevitably cause some trepidation at nearby transhipment hubs that have hitherto served those countries as the middleman.

On Sunday, French carrier CMA CGM reconnected Indonesia with its first direct container service to/from Europe in over a decade as the 5,095-teu CMA CGM Blue Whale arrived at Tanjung Priok (Jakarta) on the maiden voyage of a new loop called South East Asia North Europe Service (SEANE). Earlier this year, when the new alliances were formed in April, the same carrier (under the umbrella of the Ocean Alliance) initiated a new Transpacific connection when Jakarta was added to the Columbus Loop.

Before CMA CGM’s intervention, outside of Intra-Asia the only intercontinental direct services involving Indonesian ports were a handful of services to/from Australasia. Over the past decade or so such has been Indonesia’s retreat from mainline container services that the country has fallen from the top 30 of UNCTAD’s Liner Shipping Connectivity Index (a measure of the number of ships, capacity and competition serving a country’s ports) to outside the top 50.

Indonesia’s recent return from container shipping “exile” is not a fluke. President Joko Widodo, known locally as “Jokowi”, pledged to transform the country into a “global maritime axis” as a key component of his manifesto during the 2014 general election, coining the slogan “Jalesveva Jayamah” (In the ocean we triumph). To attain this goal the country is heavily investing in transportation infrastructure, to enhance connectivity, both inter-island and with the wider world.

There is much work to be done. Indonesia’s previous container isolation from outside the confines of Asia was partly a consequence of having poor hinterland supply-chain infrastructure. This has meant home-grown items are very often more expensive to buy in shops than the very same goods from places like China. Despite being the largest economy in Southeast Asia in 2016 it ranked below the region’s average for trade and transport related infrastructure (ports, railroads, roads and IT), according to the World Bank, and similarly below average for liner connectivity, as measured by UNCTAD.

“Admittedly, Southeast Asia’s scores are inflated by the outlier performances of the much more developed Singapore and Malaysia, but even when compared to other economies in the same lower-middle income classification Indonesia is barely above average on the infrastructure scale, and subsequently lags a long way behind comparable economies such as Vietnam, Egypt, and India for liner connectivity,” Drewry said.

With the world’s fifth largest population and as one of the fastest growing economies in the world – over the next five years the IMF predicts that Indonesia will be the third behind China and India in growing its share of world GDP – there is clearly a lot of untapped potential for more direct container services.

Tanjung Priok regularly experiences capacity pressures, even though current volumes are below the 2013 peak of 5.9 million teu. It handled 5.5 million teu in 2016, approaching half of the nation’s throughput. The port authority has embarked on a huge expansion programme to create seven new container terminals under a two-phase development that will push overall capacity to just over 12 million teu by 2021 and up to 19.5 million teu by 2024. The first new facility, Kalibaru North Container Terminal, was inaugurated in September 2016.

However, the Indonesian government believes that this alone will not provide enough capacity to sustain the predicted growth in the West Java region. Against this backdrop, the government, supported by Japanese financing, is pursuing the development of Patimban port, 150 kilometres east of Tanjung Priok, as a release valve for the national port. It will offer container capacity of 1.5 million teu once partly completed by 2019 and then 7.5 million teu at full buildout by 2027.

Indonesia’s track record for large scale port projects has been patchy at best; a 4 million teu deep-water facility at Tanjung Sauh on Batam Island was originally scheduled to be operational two years ago, but has since hit the buffers. Another, Sorong, has not progressed due to land acquisition issues.

Patimban is likely to materialise as it has a powerful combination of strong political interests and foreign financing, although the timeline is highly ambitious. Detailed engineering design is expected to be completed by the third quarter of 2017, while the project is expected to break ground in the fourth quarter of the year. The choice of operator and JV partners will be critical to Patimban’s success as without any established logistics system in the hinterland, a whole new modal ecosystem will have to be built from scratch.

Indonesia and Vietnam share some commonalities that made them prime candidates to receive more mainline calls. Both have fast-growing economies; both were relatively under-served in previous liner networks based on the size of their economies; and both are investing heavily to improve their logistics infrastructure.

“Rising wealth in emerging markets will eventually dictate that those economies get better transportation links to match their new-found status, so long as it is accompanied by sufficient investment in total supply-chain infrastructure,” Drewry said. 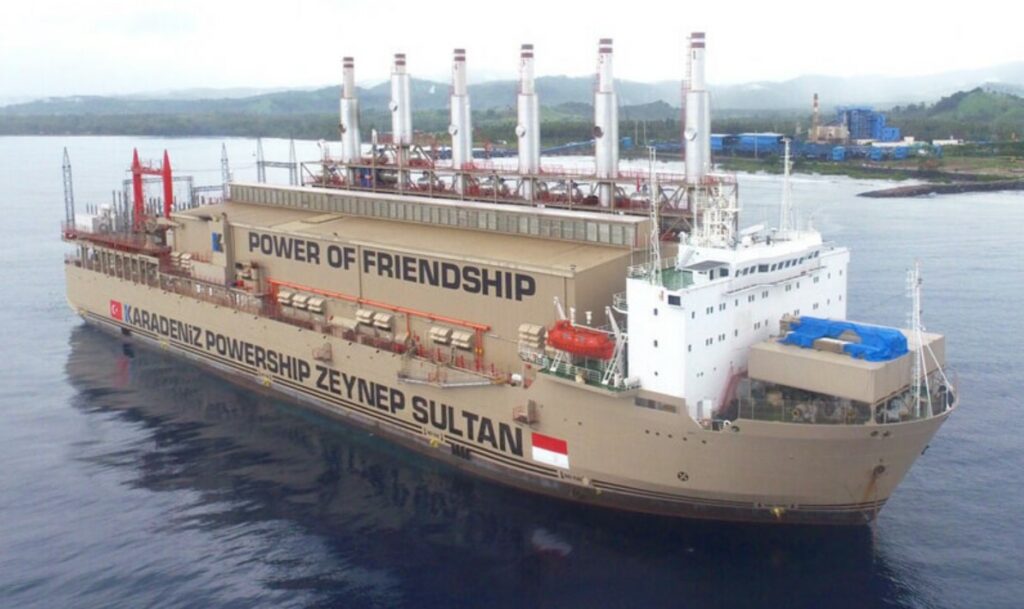