Independent oil and gas developer Anglo African Oil & Gas (AAOG) has resumed drilling operations on the TLP-103C well at its Tilapia field offshore the Republic of the Congo.

AAOG said on Monday that drilling on the TLP-103C well was restarted at a depth of 660 meters, estimating the well would reach the target depth toward the end of December.

The company added that the suspension occurred before the intersection of the R1/R2, Mengo, and Djeno target horizons.

As for SMP, the drilling contractor, it accepted responsibility for the delay and agreed that, in addition to the rig being on zero rate during the delay, SMP would compensate AAOG for a substantial amount of additional costs which were incurred with during the delay.

According to AAOG, the mechanism for this compensation is through a significantly reduced dayrate for the rig going forward.

David Sefton, executive chairman, said: “This delay has been extremely frustrating not only for the company but, more importantly, for its shareholders. However, it was clearly the right decision for AAOG to insist on a suspension of drilling pending these repairs rather than risk a serious incident should those parts have failed when intersecting a target horizon.

“We have had open and frank discussions with SMP and we are assured by them that we should not expect any further issues with the rig and look forward to announcing our results in due course.”

AAOG owns a 56 percent stake in the producing Tilapia oil field in the Republic of the Congo. It is located 1.8 kilometers offshore and is drilled from onshore and has production and storage facilities onshore. It is near Point Noire and 17 kilometers from the nearest refinery.

An issue was detected on the rig’s brake system and drilling was suspended in early November to allow SMP to remove and repair the parts following an unscheduled rig inspection by AAOG. Up to that point, the first section of TLP-103C was drilled successfully, and the casing was set and cemented.

The parts in question were repaired and reconditioned in Paris by the drilling contractor and reinstalled to the rig.

TLP-103C was spud on October 8 by the SMP-102 drilling rig at a newly constructed pad approximately 95 meters north-west of the TLP-103 well. 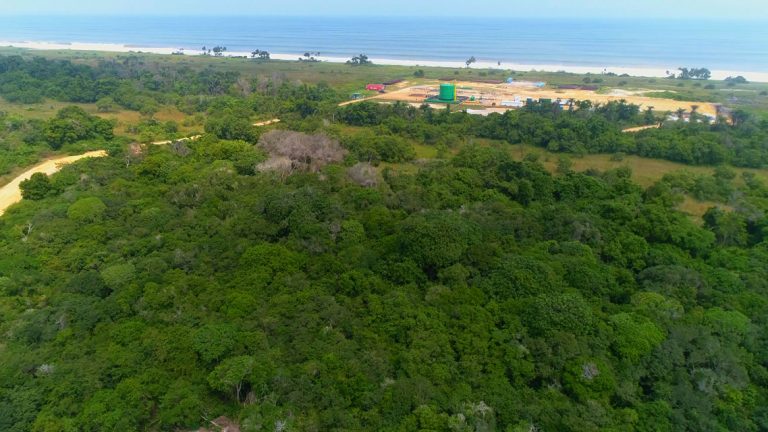