Recent additions include two acoustic release hooks and a de-trenching grapnel with a 1.8-meter fluke, the prong-shaped tool that enables penetration of the seabed.

Meanwhile, the entire product range will transition to TW-3.0, third-generation technology over the next six months, DLM said.

According to the company, the update is opportune with improved northern hemisphere weather conditions at this time of year enabling more projects to get underway with less chance of interruptions, which is significant in a sector where delays caused by product and personnel availability, and other incidents prove extremely costly.

“Budgets and Capex mean long-term and new customers favour the hire model. It is also true that storage of items once the operation has finished can be prohibitive. If PLGR is outsourced to a company that does not traditionally do this type of work, they may only have one contract to fulfill so would not necessarily want to buy a complete set of grapnels only to wait another year before using it again,” Adrian Farwell, marine sales manager at DLM, said.

“Hiring means you get serviced, maintained, and certificated equipment when you need it and can give it back when you do not.”

The 15-ton capacity acoustic release hook offers a new method of wirelessly separating an underwater load from its crane, DLM said, adding that by using acoustics, rather than divers or ROVs with cutting equipment, the method has the potential to reduce risk and save time. Once the load is in position a remote acoustic signal received from the surface unit triggers the hinged hook to open, releasing the load.

In addition, de-trenching grapnels are used for removing buried subsea cables. They are scissor-shaped at one end, designed to break the surface of the seabed, and fitted with stabilizing bars at the other end, to assist dynamics and balance in the water column and in the seabed, the company concluded. 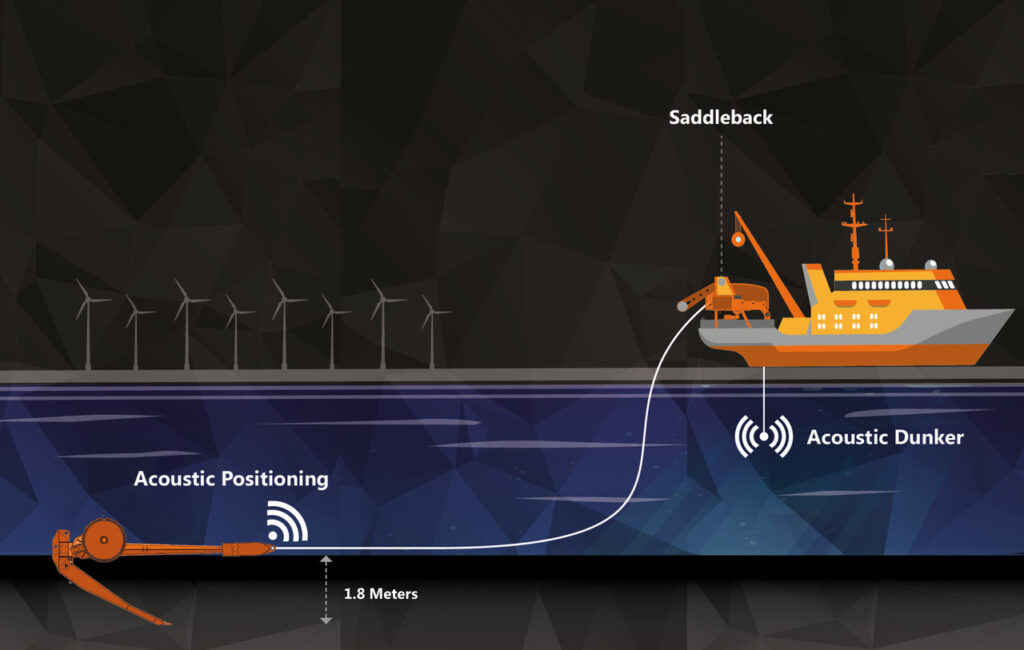