An offshore jacket completed two weeks ago at Kvaerner’s Verdal yard, yesterday left the yard and is now on its way to be installed in the Norwegian North Sea.

The jacket, destined for the Lundin Petroleum-operated Edvard Grieg field, weighs 14 500 tonnes. The jacket will stand up 134 metres in vertical position.

With this delivery, Kvaerner Verdal has delivered 41 jackets during the past 42 years.

The contract for the construction of the jacket was awarded to Kvaerner by the Swedish oil company Lundin Petroleum in January 2012. The jacket will be installed in circa 110-115 metres water depth within the Norwegian Sector of the North Sea, at the Edvard Grieg field.

Kvaerner is also building a topside for the Edvard Grieg project.

The Edvard Grieg field is an oil field located in the North Sea. First production is expected in late 2015, with a forecast gross peak production of approximately 90.000 barrels of oil per day (bopd). The oil will be processed and transported in a new pipeline to the Grane area and further via the Grane oil pipeline to the Sture terminal for offloading.

Lundin Norway AS is the operator and has a 50 percent working interest in the Edvard Grieg field. The facilities on the Edvard Grieg platform will be prepared for power from shore when capacity and technical solutions are available in order to contribute to the development of a long term electrification of the area. The platform will be Lundin Petroleum’s biggest ever, and their first on the Norwegian Continental Shelf. 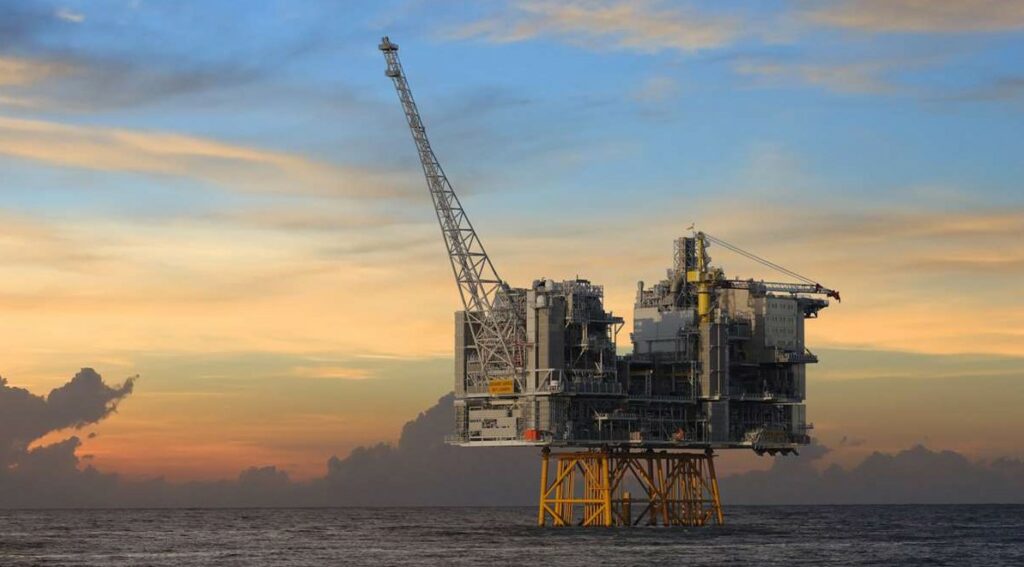