EIA projects that LNG will play an increasing role in powering freight locomotives in coming years. Continued growth in domestic natural gas production and substantially lower natural gas prices compared to crude oil prices could result in significant cost savings for locomotives that use LNG as a fuel source, according to EIA’s Annual Energy Outlook 2014 (AEO2014).

Taken together, the 7 major U.S. freight railroads consumed more than 3.6 billion gallons of diesel fuel in 2012, or 7% of all diesel fuel consumed in the United States. The fuel cost more than $11 billion in 2012 and accounted for 23% of total operating expenses.

These railroads are considering the use of LNG in locomotives because of the potential for significant fuel cost savings and the resulting reductions in fuel operating costs. Given the expected price difference between LNG and diesel fuel, future fuel savings are expected to more than offset the approximately $1 million incremental cost associated with an LNG locomotive and its tender. However, in addition to the risk surrounding future fuel prices, other factors including operational, financial, regulatory, and mechanical challenges also affect fuel choices by railroads.

Some major railroad operators view the potential of LNG-fueled trains as similar to the switch from steam propulsion to diesel in the 1940s and 1950s, a revolution in freight rail known as dieselization. Others have responded with more caution, likening the potential switch to the more evolutionary advance from using direct current (DC) motors to alternating current (AC) motors, which allows fewer locomotives to pull the same load. The change towards AC motors has been ongoing since the early 1990s. 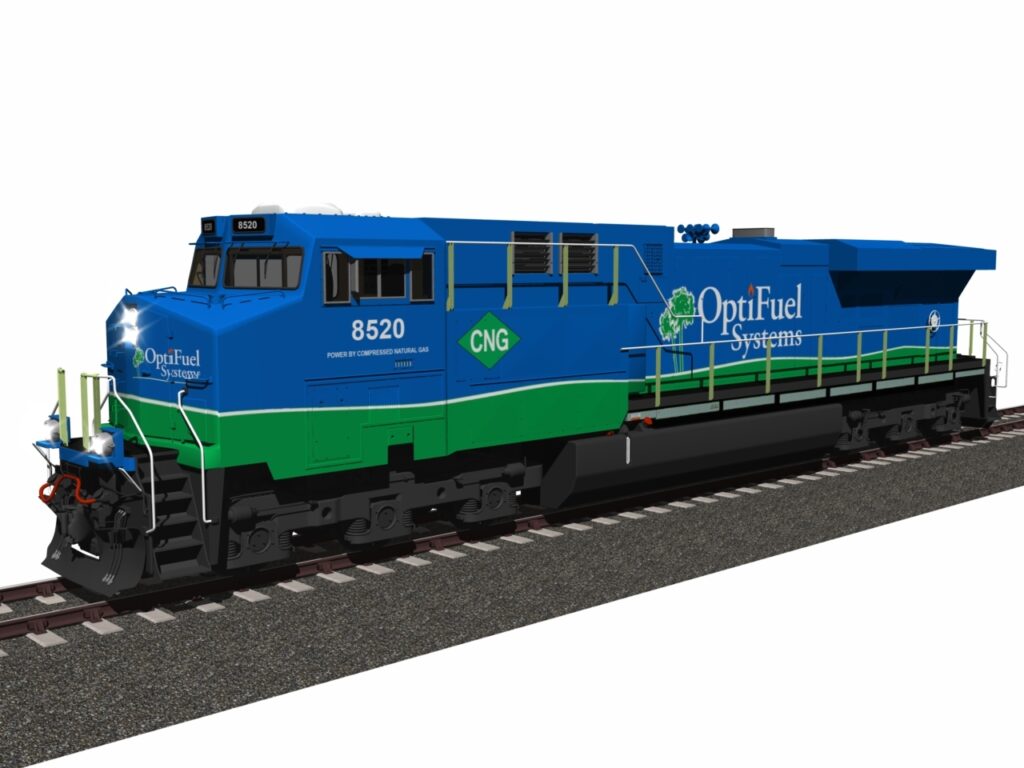