Enbridge to invest in Woodfibre LNG

Canadian pipeline company Enbridge has signed a deal with Pacific Energy to jointly invest in the construction and operation of the Woodfibre LNG project.

Under the partnership agreement, Enbridge will invest in a 30 per cent ownership stake in the $5.1 billion Woodfibre LNG project. Pacific Energy retains the remaining 70 per cent stake in the facility.

Pacific Energy and Enbridge will each make pro-rata contributions during construction through a combination of asset-level financing and equity investments. Enbridge will receive a preferred equity interest that provides predictable future cash flows in exchange for its capital contribution.

The partners will jointly participate in project’s execution and governance of ongoing operations, while Pacific Energy retains responsibility for daily operations.

The project is a 2.1 million tonnes per year (mtpa) LNG export facility with 250,000 cubic metres of floating storage capacity. The project is being built near Squamish, British Columbia. It is underpinned by two long-term offtake agreements with BP Gas Marketing for 15 years representing 70 per cent of the capacity, with additional commitments in development for up to 90 per cent.

The Woodfibre LNG Project is owned and operated by Woodfibre LNG Limited, a privately held Canadian company. The company will source its natural gas from Pacific Canbriam Energy. Both firms are subsidiaries of Pacific Energy Corporation.

In April, Woodfibre LNG issued a notice to proceed to global engineering and construction company McDermott and that the project is expected to be in service in 2027.

Woodfibre LNG will use electric motor drives powered by renewable hydroelectric power, making this one of the lowest-emission LNG export facilities in the world.

“This partnership is a milestone for the Woodfibre LNG project,” said Ratnesh Bedi, president of Pacific Energy. “It further accelerates Canada’s ability to be a meaningful player in the global energy transition with the production of the world’s lowest carbon LNG.”

Christine Kennedy, president of Woodfibre LNG, added: “We believe this agreement speaks to the credentials of the project (…) and the ambition of Woodfibre LNG to produce the lowest-emissions LNG in the world.”

“Expanding global access to natural gas through LNG will play a critical role in North America’s energy future and will help to reduce the world’s greenhouse gas emissions through the displacement of coal-fired power generation, creating strong alignment with our ESG goals.”

Construction of Woodfibre LNG will be undertaken through an engineering, procurement, fabrication and construction contract with McDermott International.

McDermott CEO Michael McKelvy welcomed the partnership stating: “The addition of Enbridge is a natural fit as we work together to build the lowest-emission, most sustainable and innovative LNG export facility in the world.” 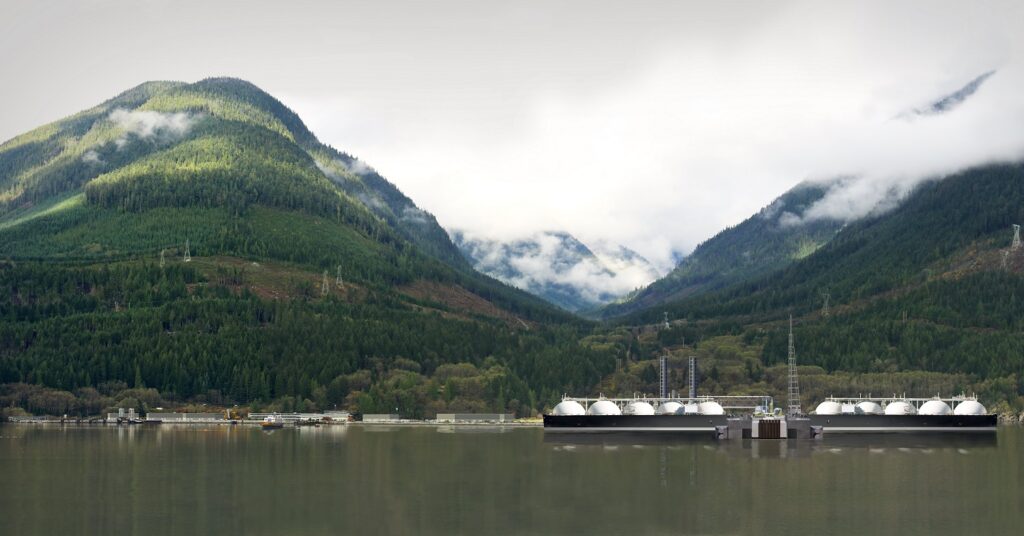