Italian oil company Eni has received an approval to drill an exploration well in the shallow waters offshore Mexico. 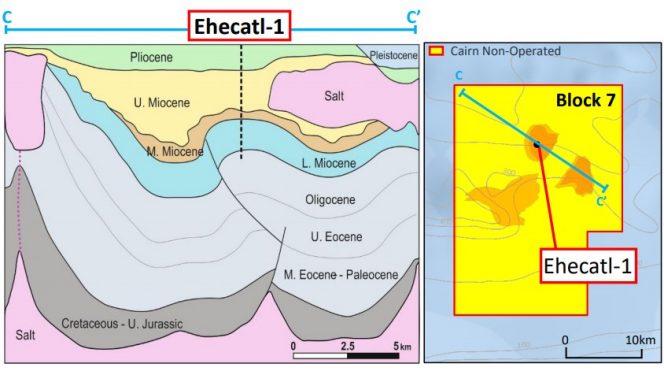 Eni got hold of the block as part of the licensing round in 2017. Eni’s partner in the Block, Cairn Energy, said earlier this month that the spud of the Ehecatl was scheduled for November.

Hathon said:” Ehecatl is a very robust structure, being a three-way trapped against salt, and it’s targeting also lower Miocene sands, which again have been rarely penetrated in the basin. So success here will open up a whole new play. ”

The well is expected to be drilled to a total depth of 4,400 meters, in a water depth of around 420 meters, taking around 70 days to complete. It is targeting gross mean prospective resources of ~140 mmboe, according to Cairn

Offshore Energy Today reached out to Eni, seeking more info on the Ehecatl plans and expectations, but Eni’s spokesperson declined to provide further info saying “we do not provide such info at this time.”

Eni in July started the early production phase from the Miztón field in Area 1, located in the Campeche Bay offshore Mexico, and is the first international company to start offshore production in Mexico after the Energy Reform.