Last Friday, the hull for Equinor’s Johan Castberg FPSO vessel arrived in Norway, transported by a giant Bokalis vessel, following a journey from a shipyard in Singapore.

Equinor reported via its social media channels on Friday that the Johan Castberg floating production, storage and offloading vessel arrived in Norway, transported by Boskalis onboard the world’s largest transport vessel, Boka Vanguard.

The 12,500 nautical-mile-long journey from Sembcorp Marine in Singapore to Kvinnherad, which started in mid-February, took 49 days. Sembcorp Marine’s scope of work for the Johan Castberg FPSO vessel comprised the construction of the hull and living quarters. The vessel is 313 metres long and 55 metres wide – roughly the size of three football fields.

According to Equinor, the vessel will now be towed to Aker Solutions at Stord, where its topside modules and turret will be installed before the hookup and completion. The Norwegian company emphasised that this is a highly profitable project with a break-even below 35 dollars per barrel.

[The article continues below the video.]

Upon final completion in Norway, the FPSO will be deployed at the Johan Castberg field, which lies in the Barents Sea, 240 kilometres north-west of Hammerfest.

With proven volumes estimated at between 400 and 650 million barrels of oil, it will be developed with the FPSO with additional subsea solutions, including 18 horizontal production wells and 12 injection wells. The FPSO hull is built to be self-contained for harsh-environment operation, with living quarters accommodating up to 140 personnel on board. 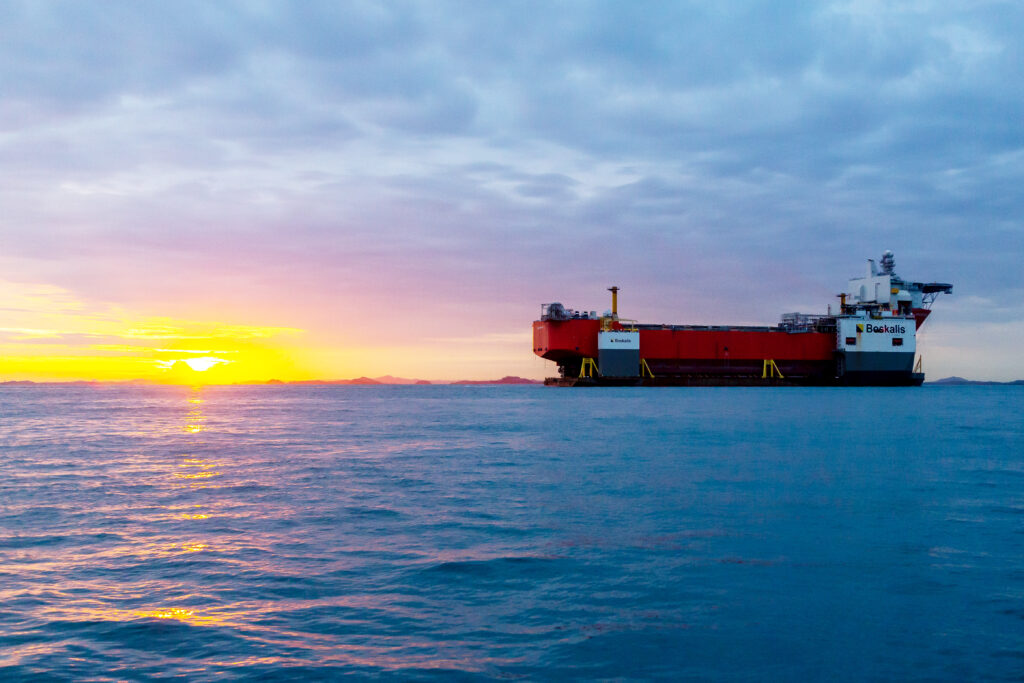