The European Union members have announced a new, fifth round of sanctions against Russia and its businesses due to the war in Ukraine, including a ban on Russian vessels from accessing EU ports. However, the EU is still weighing additional sanctions related to the banning of Russian oil imports.

The European Commission (EC) on Tuesday revealed its fifth package of sanctions against Russia. According to the EC, the previous four packages of sanctions have hit hard and limited the Kremlin’s political and economic options. However, President of the EC, Ursula von der Leyen, said that, in view of events, a further increase of pressure against Russia is needed.

“Today, we are proposing to take our sanctions a step further. We will make them broader and sharper, so that they cut even deeper in the Russian economy,” she said.

This fifth package has six pillars. First, the EC will impose an import ban on coal from Russia, worth EUR 4 billion per year. This will cut another important revenue source for Russia, the EU believes.

Second, a full transaction ban on four key Russian banks, among them Russia’s second-largest, VTB. These four banks represent 23 per cent of the market share in the Russian banking sector, which will further weaken Russia’s financial system.

Third, a ban on Russian vessels and Russian-operated vessels from accessing EU ports has been announced with certain exemptions covering essentials, such as agricultural and food products, humanitarian aid as well as energy.

As a reminder, the UK has already banned Russian ships from its ports. The ban included any vessels owned or operated by anyone connected to Russia and authorities also gained new powers to detain Russian vessels.

When it comes to oil, the EC is working on additional sanctions, including on oil imports. Ursula von der Leyen said the EU is reflecting on some of the ideas presented by the Member States, such as taxes or specific payment channels such as an escrow account.

The package of sanctions also includes further targeted export bans, worth EUR 10 billion, in areas in which Russia is vulnerable; specific new import bans, worth EUR 5.5 billion, to cut the money stream of Russia and its oligarchs, on products from wood to cement, from seafood to liquor; a number of very targeted measures, such as a general EU ban on participation of Russian companies in public procurement in the Member States; and further listings of individuals.

Furthermore, in a speech at the EP Plenary on Wednesday, von der Leyen said: “We have to look into oil and we will have to look into the revenues that Russia gets from the fossil fuels. And we really have to make an effort, for example, to take a share to an escrow account, so that we will really limit the source of revenues of Russia from fossil fuels. This has to end, and this is the next step we will have to take together.”

While the EU is still trying to work out how to end its dependence on Russian oil and gas, the U.S. has already implemented an import ban on Russia’s crude oil; petroleum; petroleum fuels, oils, and products of their distillation; liquefied natural gas; coal; and coal products. However the ban has come with a cost as Russian oil comes off the global market, the supply of oil drops and prices are rising.

In an effort to lower the prices, U.S. President Joe Biden last Thursday revealed a two-point plan, which includes immediate action through the release of reserves and a call to reduce the dependence on fossil fuels altogether and speed up the transition to clean energy. The release of 1 million barrels per day for the next six months from the Strategic Petroleum Reserve is the biggest release from the reserves since its creation in 1975, in the midst of the Cold War, and the second release since the war in Ukraine started.

Following Biden’s announcement about the release from the reserves, the IEA also announced a new release of oil from emergency reserves in response to the market turmoil caused by Russia’s invasion of Ukraine.

The agreement followed the previous action taken by IEA Member Countries, announced last month, to which they pledged a total of 62.7 million barrels. Out of this total amount, the U.S. alone committed to releasing 30 million barrels of oil from the Strategic Petroleum Reserve.

In a report on Wednesday, Rystad Energy, Norway’s energy intelligence firm, said that the SPR release delivered an expected change in the Brent futures curve, by shifting prices down in the short term while pushing them upwards again by comparable amounts for contracts expiring later in the year. A pivot around September 2022 can be expected, when the SPR release is likely to end, Rystad Energy research shows.

It is worth reminding that OPEC has recently announced the replacement of the IEA with Wood Mackenzie and Rystad Energy as secondary sources used to assess OPEC Member Countries’ crude oil production.

Claudio Galimberti, Senior Vice President, Analysis at Rystad, said that the release will likely result in 1 million barrels per day (bpd) on average, against a potential drop in Russian crude exports of over 2 million bpd. “This historically large SPR release is the right decision in the current crisis and consumers should feel the benefit soon, but it only solves half the problem,” Galimberti added.

According to Rystad, the release will lower the SPR level significantly, thus sowing the seed for a future price rally when demand for crude will increase from the need to replenish the stockpile. The crude quality of the release is likely going to be split evenly between sweet and sour grades.

Depending on the speed and the duration of the release, it is expected that global S&D balances will be temporarily altered. Assuming an average SPR release of 1 million bpd for the next 180 days – and keeping everything else constant, including OPEC+ production and no swings in demand – supply and demand balances should be less tight over the next six months.

Meanwhile, the OPEC+ group of oil-producing nations said last week it would aim to raise production by 432,000 bpd in May, continuing with a monthly plan agreed last year to gradually replace output cut at the start of the pandemic.

There have been no pledges by the UAE or Saudi Arabia to tap into their spare capacity and fill the yawning gap between the pledges by OPEC+ and actual aggregate production, which in February – before the sanctions on Russia – stood at almost 1 million bpd.

At this pace, and assuming a Russian crude production loss of 2 million bpd going forward, OPEC+’s gap between pledges and production in May could widen to 3.2 million bpd.

While OPEC has stayed the course on volumes, Saudi Arabia continues to take advantage of the tightening market by raising its official selling prices (OSPs), Rystad said.

Rystad also stated that the EU edged closer to banning Russia’s oil imports. Should the EU ban Russia’s oil imports, Rystad believes it would result in a major structural shift in crude flows from Europe to Asia, as Europe has been a major destination of Russian oil so far. The intelligence firm estimated that up to 2 million bpd of Russian crude production may be lost if the EU bans Russian oil. 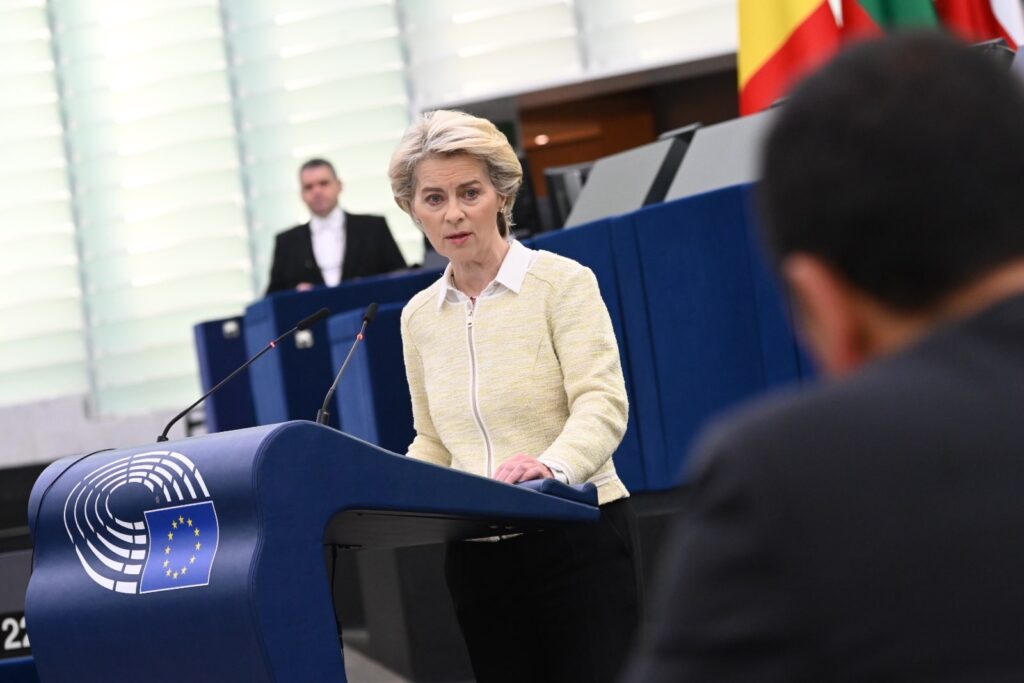