According to the company, the vessel will carry ethane from the U.S. to China.

The vessel has the largest Type-C tank ever made, and Evergas has pushed the limit to 85,000 cbm with a newly constructed Trilobe tank.

The dual-fuel engine is over 16,000 kW from MAN and is fueled by ethane, the vessel’s cargo. According to vessel specs, it is capable of running on LNG.

It is worth reminding that the steel-cutting ceremony for the vessel was held on June 15, 2017, in China. The vessel was built by Dalian Shipbuilding Industry Offshore and ordered by JHW Engineering & Contracting for end-user Ineos.

The carrier is the first to apply the semi-refrigerated solution to very large gas carriers, and is the first gas carrier with Type C tanks which can reach 85,000 cbm, according to Evergas.

Another first-ever reached on the JS Ineos Marlin was a single Type C tank with a capacity larger than 23,000 cbm. Also, this is the first time that a Chinese shipyard built a very large ethane carrier. 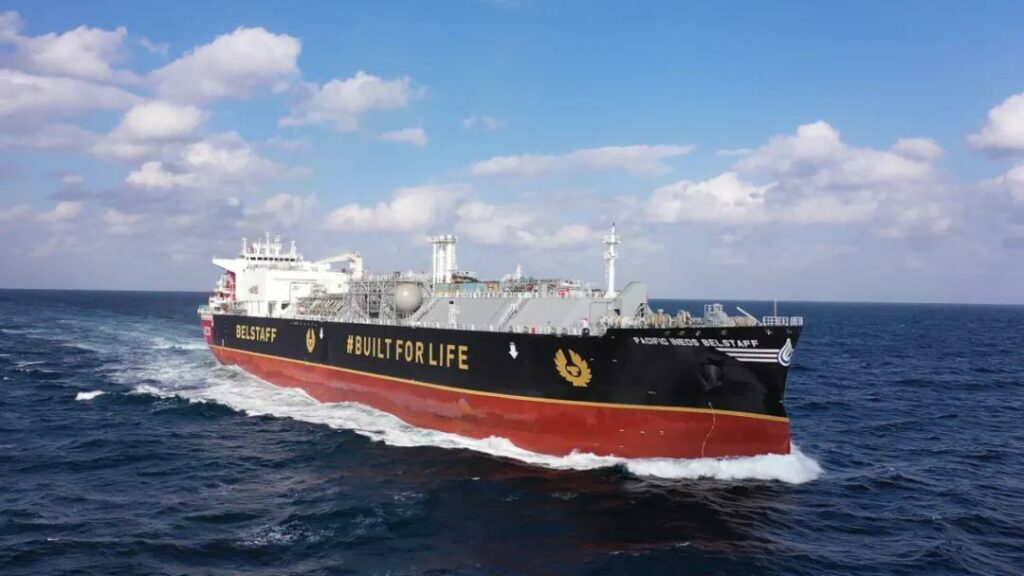