U.S.-based LNG specialist Excelerate Energy is to expand its fleet with a floating storage and regasification unit (FSRU) to be built by Koren shipyard Hyundai Heavy Industries.

Excelerate Energy’s presentation for the second quarter of 2022 results revealed the company signed a letter of intent with Hyundai Heavy Industries for a new 170,000 cubic meter FSRU.

The shipyard is to deliver the vessel in 2026.

According to CEO Steven Kobos, the new FSRU, upon delivery, will be a critical tool used to support the execution of the company’s integrated projects.

As mentioned during the presentation on the results, an option within the contract for a second vessel will also be discussed.

The FSRU Exemplar will be deployed to Finland in the fourth quarter of 2022. Excelerate and Gasgrid Finland previously announced an executed 10-year, time charter party agreement for Excelerate to provide LNG regasification services, expected to start in the fourth quarter of 2022. Gasgrid Finland has initiated the development of a new jetty in Southern Finland, near the Balticconnector pipeline, for the FSRU Exemplar to moor.

In July, Excelerate signed a deal with Bulgaria’s Overgas relating to the sale of regasified LNG downstream of the company’s planned Vlora LNG terminal in Albania.

The company continues to advance commercial negotiations with the government of Bangladesh for the expansion of the Moheshkhali LNG (MLNG) terminal, the extension of its existing regasification agreement by five years to 2038, and a multi-year LNG supply agreement. The expansion project was approved in principle by the government of Bangladesh last quarter. MLNG is one of Excelerate’s three E-FIT integrated terminals.

Excelerate is advancing commercial negotiations with the government of Bangladesh for the Payra LNG project. The proposed scope of the Payra LNG project, located in the southwestern part of the country, involves the development of an offshore FSRU import terminal and an onshore pipeline to the city of Khulna. As part of the project, Excelerate is also negotiating a long-term LNG supply agreement with the country. 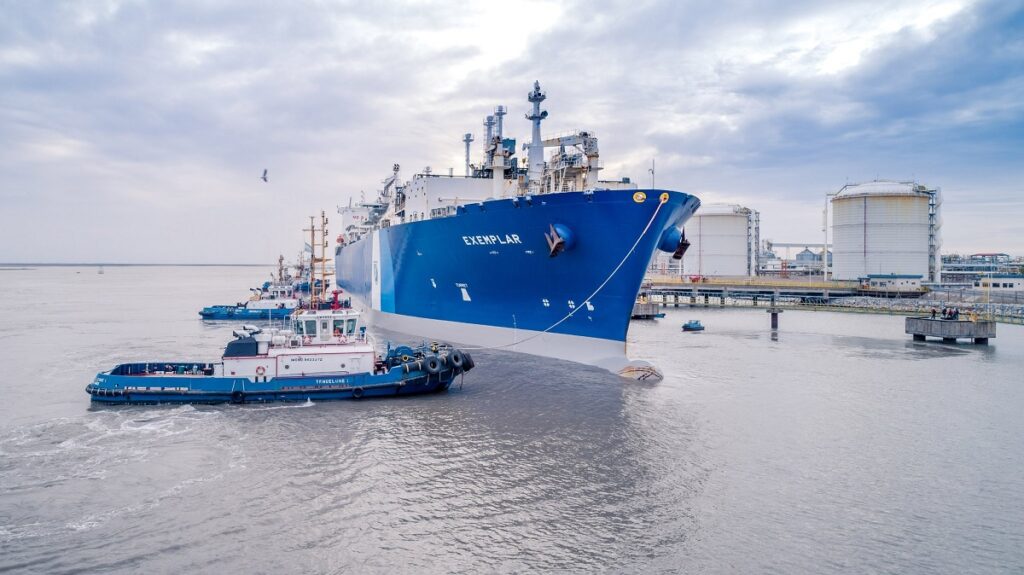