The company witnessed a USD 90 million improvement in its earnings year-on-year, as it recorded a net profit of USD 3.6 million for the year ended December 31, 2017, against a net loss of USD 86.5 million seen in the previous year.

“Dry bulk freight market conditions improved significantly in 2017 from a historically low base in 2016 which, combined with our high laden utilisation and competitive cost structure, enabled us to record a much improved and positive net profit,” Mats Berglund, CEO of Pacific Basin, said.

The company took delivery of its final newbuildings and recommenced secondhand acquisitions, growing its owned fleet to 106 vessels. Pacific Basin purchased eight ships at historically low asset values, five of which where funded mainly by a combination of a share issue and private placement.

“With supply and demand fundamentals now more positive, we are cautiously optimistic for a continued market recovery, albeit with some volatility along the way,” Berglund said.

The company added that it will continue to look at secondhand ship acquisition opportunities as prices are still historically low, while it does not plan to order newbuildings in the medium term.

The outlook for favourable global GDP growth bodes well for dry bulk demand, and supply is expected to be kept in check by the continued gap between newbuilding and secondhand prices and the uncertain impact of new regulations on ship designs, both of which cause many shipowners to refrain from ordering new ships. 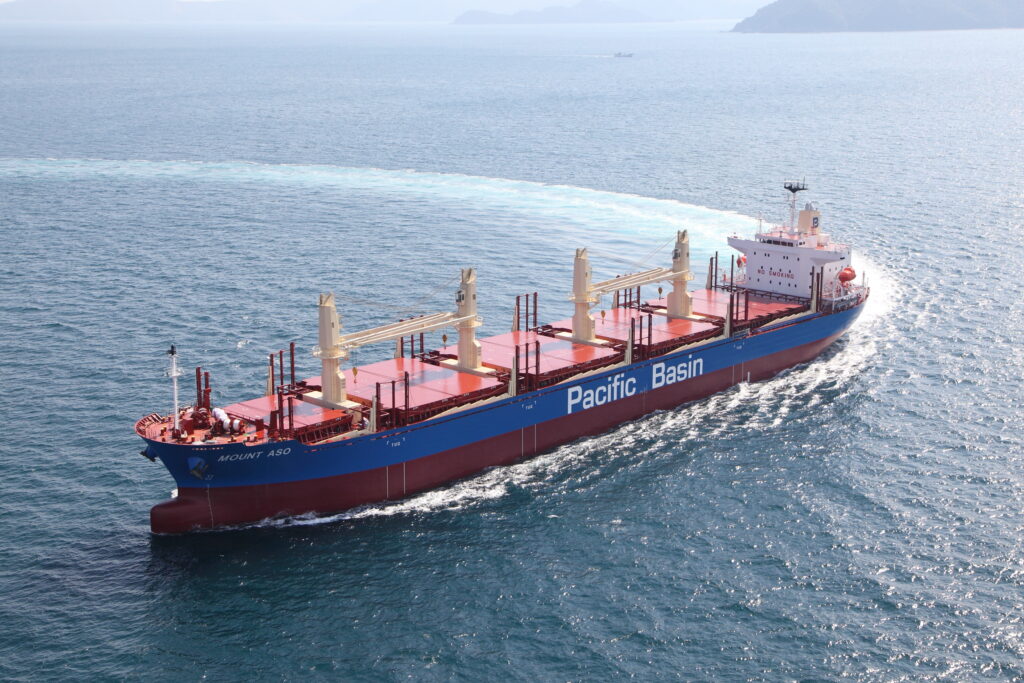