The fourth and final conventional Yamal LNG carrier for the MOL-COSCO JV was named at the Chinese Hudong-Zhonghua Shipbuilding yard.

The vessel ordered jointly by MOL and China COSCO Shipping has officially been named LNG Megrez.

It is the last of four newbuilding conventional LNG Carriers for the Yamal LNG project.

MOL has been operating 14 LNG carriers built in China for other projects, and LNG Megrez will become the 15th LNG carrier built there to join the company’s fleet.

For the construction of the four newbuilding conventional LNG carriers for the Yamal LNG project, MOL assigned technical experts to Hudong to form a shipbuilding supervision team made up of approximately 40 members.

Although the COVID-19 pandemic has been taking place during the construction of LNG Megrez, it is expected to be delivered from the shipyard in a timely manner as originally planned, despite the safety measures which have had to be taken to mitigate the dangers of the pandemic. 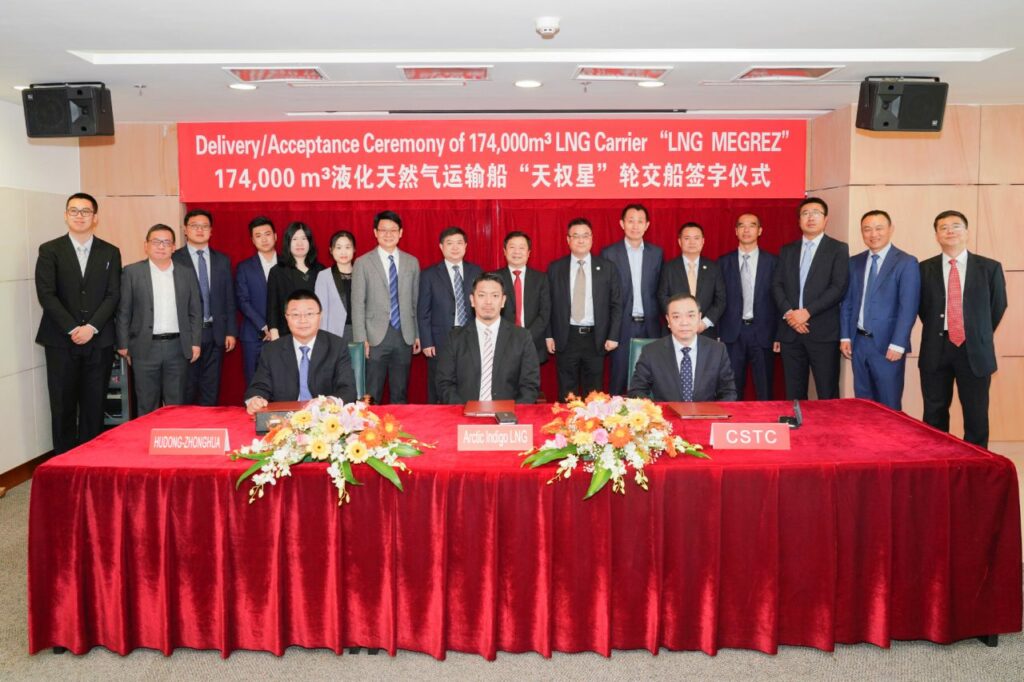