Arctia’s LNG-fueled icebreaker Polaris on Tuesday departed the base in Finland’s capital Helsinki and is on its way to the Bothnian Bay in the Baltic Sea to start its icebreaking duty. This is the vessels’ second icebreaking season.

Polaris departed Helsinki as the Finnish icebreaking season’s third icebreaker. Icebreakers Kontio and Otso already assist vessels in the Bothnian Bay, according to a statement by Arctia.

The LNG-powered vessel heads first to the Skangas’ LNG terminal in Pori to bunker the chilled fuel.

Built in 2016 by Arctech Helsinki Shipyard, Polaris is the most powerful icebreaker ever to fly the Finnish flag and the first icebreaker in the world to feature dual-fuel engines capable of using both low-sulfur marine diesel oil and liquefied natural gas.

Polaris was initially ordered by the Finnish Transport Agency, but the ownership was transferred to the state-owned icebreaker operator Arctia after delivery.

Equipped with three Azipod propulsion units and Wärtsilä main engines, the Polaris has an icebreaking capacity of 1.8 m at a speed of 3.5 kt. 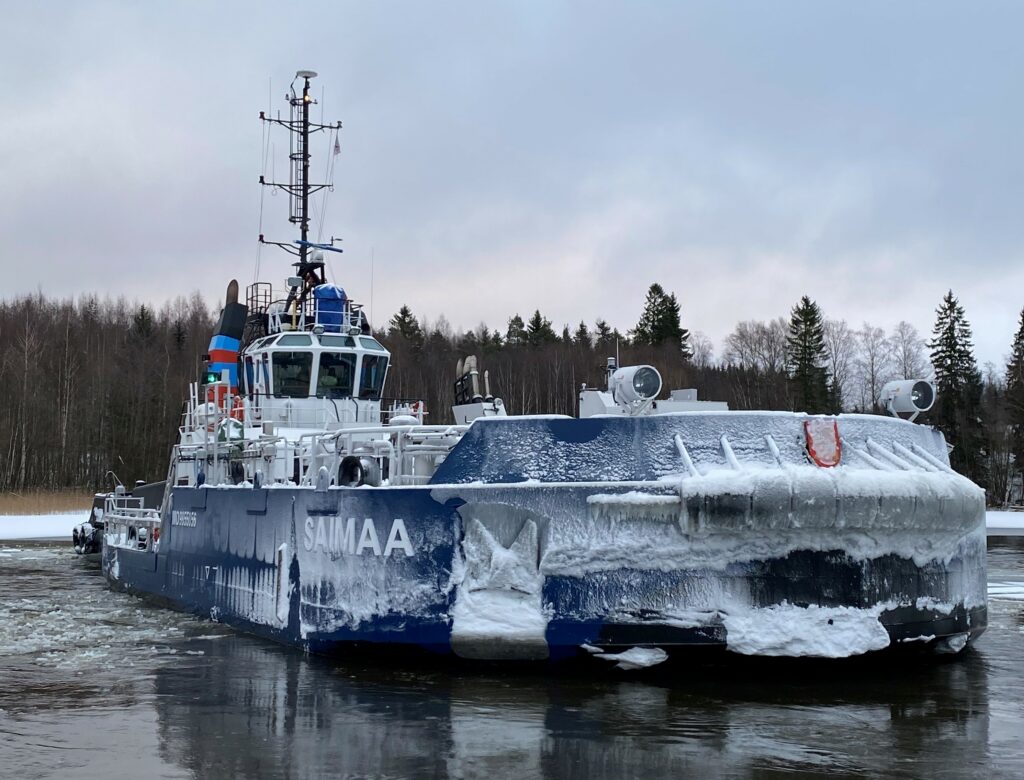