The collapse of South Korean shipping company Hanjin Shipping in late-August 2016 was “a wake-up call” for the entire ocean transportation supply chain and there is a number of lessons to be learned from it, William P. Doyle, Commissioner with the US Federal Maritime Commission, said this week at 2017 TPM Conference in Long Beach, Calofornia.

As a consequence of the bankruptcy of the world’s seventh largest carrier, more than USD 14 billion in cargo was stranded at sea and Hanjin ships were scattered all over the globe at anchor or just outside territorial waters.

Chassis in the US were scarce because the empties could not be taken off the trailers. Exporters couldn’t get their goods out of terminals to rebook onto other ships. This went on and on and up and down the supply chain costing tens-of-millions of dollars in additional losses to land-side operations, according to Doyle.

“Shippers and carriers need to work in the direction of providing safeguards. It is so important that this does not happen again. Companies may fail, but the responsibility lies with everyone, at least to the extent that we do not have the damage that occurred post-Hanjin,” Doyle pointed out.

Doyle said that things could have been done differently as the South Korean government pulled its support funding and let Hanjin fail without any advance notice to the international community of government and industry.

“We are seeing once again government-financed entities stepping in to prop-up liner companies. These include the South Korean-supported Korea Shipping Company, Korea Development Bank, Export-Import Bank of Korea, and the Korea Asset Management Corporation. We are also reading about the National Development Bank of the Taiwan Government and Taiwan’s Ministry of Transport and Communication,” he said.

“My concern is what is the breaking point for a government to back-out and leave a liner company broke. We’ve seen this before. Indeed, it was the Korean Development Bank that backed away from financially supporting the liner company, and once that happened, it was over,” Doyle added.

In the future, safeguards will be needed, according to Doyle. Upcoming new alliances should be jointly responsible for their partner lines.

“I firmly believe that if you are going to join an alliance it is the responsibility of the alliance members to ensure the cargo gets where it needs to go. If a carrier company fails and that carrier is party to an alliance, the cargo carried on the failed company’s ships may only equate to one-third of the container volume carried. The other two-thirds of containers may belong to the other carriers in the alliance. So, it is essential that you all take responsibility,” the FMC Commissioner explained.

“The responsibility is to get the ship into port and get it unloaded, get the empties on board and get the ship back out to sea. The industry needs to investigate options such as insurance contracts or pooled funds to protect shippers from the fallout of a carrier collapse,” Doyle said, adding that there may be a problem with funding mechanisms which need to be solved.

Doyle further said that the US was the first country to put commerce first after a federal judge in New Jersey ordered that Hanjin ships could not be arrested or seized. The order allowed vessels to enter ports and be unloaded. However, due to the fact that marine terminals in the US are privately operated, ports did not allow Hanjin ships into port if there were no funds to unload the ships and otherwise pay for terminal services.

In the end, it was the Korean government that had to pay. At the direction of South Korea, the Korean Development Bank or other directed entities would deposit millions of dollars in banks around the US to be used as funds to unload vessels. However, a couple of months passed until the funds were cleared.

“Hanjin was carrying the cargo not only of Hanjin but of the other alliance members of CKYHE as well. Everyone suffered. Wouldn’t it have been less caustic for the alliance to insure against such a catastrophe to protect all alliance members?” the FMC Commissioner asked.

“You all in the supply chain need to find a way to speak with one voice on the importance of the entire industry. On world trade, the entire supply chain can do better talking about your importance — from carriers to the ports, to the terminals, to port authorities, to labor, truckers, importers, exporters and distribution centers,” Doyle concluded. 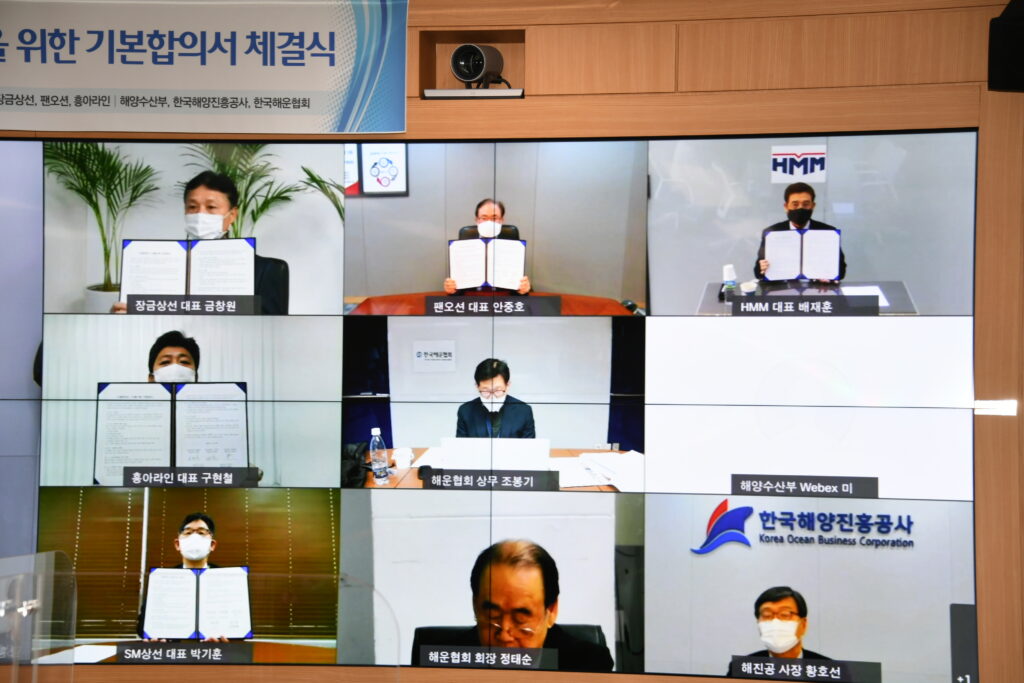