The Spartan 151 jackup drilling rig was moved from its drill site at Nikiski, in the Cook Inlet, which becomes choked with ice during the winter.

Gary Faber, president and COO of Foss Maritime, said the successful tow underscores the company’s competence in navigating challenging marine environments such as the often rugged waters of the North Pacific: “Foss has decades of experience working safely and effectively in places like the Cook Inlet. Foss works in extreme environments.”

Foss was contracted by Spartan Offshore, which owns the drilling rig that is chartered to Furie Operating Alaska LLC, formerly Escopeta Oil Co. The company managed the marine operations involved in getting the rig off of the drill site, which would soon be choked with ice. It was taken into Port Graham where the rig will remain for the winter.

In addition to the Justine Foss and Jeffrey Foss, Anchorage based Cook Inlet Tug and Barge’s tractor tug the Stellar Wind was also engaged during this operation. The Stellar Wind was used for final positioning of the rig and provided additional maneuverability when the rig was going into Port Graham. The rig will be towed back out to the Nikiski drill site when conditions allow next spring.

Foss officials praised their crew members for the successful operation.

Leiv Lea, Foss Maritime’s general manager, Northwest division, said, “Foss wishes to extend their thanks and appreciation to the Foss crews and Foss Port Captains for their outstanding work and we also thank Spartan Offshore for the opportunity to provide these services.”

Oil rigs have been drilling in the upper Cook Inlet since the early 1960s. There are currently 16 platforms in operation. 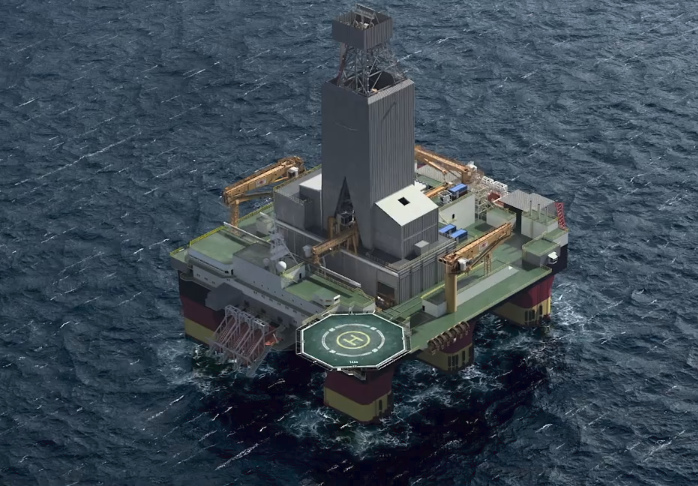