The 18-metre vessel named Blue Eclipse is regarded as the first of its kind and will be built at SEA-KIT’s UK production facility on the Essex coast.

The manufacturer said that the SEA-KIT XL USV has a seven-ton payload capacity and powerful bollard pull, which makes it suitable for towing spreads and larger sensors.

The vessel can also launch and recover a wide variety of remotely operated vehicles (ROVs) and payloads, has fully redundant station holding capability, Cat 0 operations for unrestricted use and a large lithium UPS supply for ship systems.

SEA-KIT added that the new vessel will feature the latest developments in uncrewed systems technology, including its remote helm USV control and surveillance platform G-SAVI.

As disclosed, work will start on the hull of the 18-metre USV in March, with delivery scheduled for early 2023.

“The XL design is a result of industry collaboration aimed at overcoming the complex challenges of effective uncrewed operations at long range in heavy seas. Our 18m USV will push the boundaries of robustness and versatility, meeting the increased challenges of endurance, communications and station keeping head-on”, said SEA-KIT CEO Ben Simpson.

The order follows the delivery of the 12-metre USVs built for Fugro to be deployed in offshore wind and oil & gas sectors in the North Sea and the Asia-Pacific region.

Ivar de Josselin de Jong, director Remote Inspection at Fugro, said: “The Blue Eclipse is the first 18-metre USV in an anticipated global series of long endurance and more capable USVs that will be deployed in the offshore energy sector with comparable ROV inspection performance to regular DP2 vessels.

“Equipped with the Fugro Blue Amp electric eROV and being operated from one of our nine global remote operations centres (ROC), we will be able to support our clients in achieving safer and more efficient data collection operations, whilst contributing to our mutual carbon footprint reduction ambitions”.

To remind, Fugro and SEA-KIT formed a strategic partnership in March 2020 to develop a new range of USVs which can deploy ROVs and autonomous underwater vehicles (AUVs) for marine asset inspections. 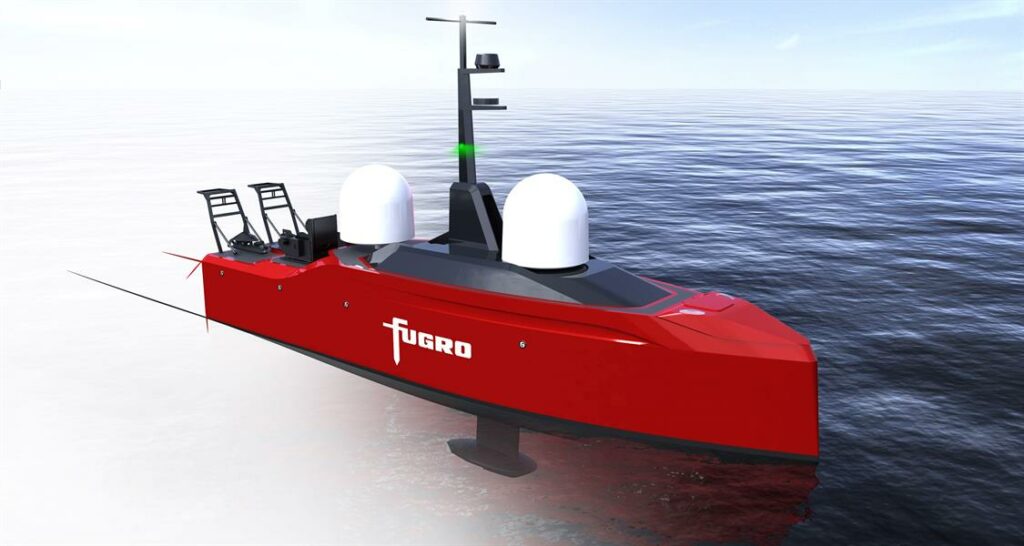