Once complete, RWE Innogy’s 160-turbine Gwynt y Môr, in the Irish Sea off the North Wales coast, will be the second largest offshore wind farm in the world.

Central to the success of the cabling operation was Fugro’s custom-built Q1400 trenching system which can perform both jet trenching and mechanical chain cutting of soils. In total 37 cables were trenched into very hard seabed with a mixture of soils and hard clays interspersed with boulders and cobbles, gravels and sand. Despite these demanding conditions the Q1400 was successful in burying all the cables.

“The Q1400 has the manoeuvrability and compact size to trench right up to the cable j-tube, or in this case the cable protection system, which minimised the need for rock dumping or matressing, potentially saving costs,” said Mike Daniel, Fugro’s trenching business line manager.

Gwynt y Môr is the second wind farm project where the Q1400 trenching system has been used when soils have been beyond the capabilities of standard jet trenching systems. This follows on from a busy 2013 with completion of four successful oil and gas trenching projects – one off the West Coast of Ireland and three in the North Sea.

“We have experienced outstanding cooperation with the Fugro team throughout the Gwynt y Môr project,” said Jimmy Laursen, Project Manager at CT Offshore A/S. “We met many challenges, especially with the demanding soil conditions on the project. With Fugro as our trenching partner, we were able to overcome these challenges and accomplished the installation and burial of the inter-array cables in the safest and most efficient way.”

One of the two Fugro-owned Q1400 trenching systems is fully integrated into the subsea support vessel Fugro Saltire, allowing both jet and mechanical chain cutting trenching to be carried out from a single vessel and providing the flexibility to entrench a wide range of seabed terrain from silty/sandy soils to hard clays and boulder fields.

Fugro mobilised specialised vessels to conduct unexploded ordinance (UXO) surveys, after three UXOs were found on the seabed of the site in February 2014, prompting a requirement to survey the wind farm and export cable route. Rob Spillard, Fugro EMU’s general manager said, “We were able to respond within days, mobilising vessels to react to RWE’s urgent request. Our response required an inherent understanding of the construction needs of a renewables developer and demonstrates our ability to work flexibly in a challenging and ever-changing industry.”

As experts in geophysical and UXO surveys, Fugro utilises vessels which tow multiple magnetometer and gradiometer sensors, enabling the detection of ferrous objects on or below the seabed. As many of the monopiles at Gwynt y Môr were already installed, the site posed a challenge for magnetic work, requiring Fugro to implement special techniques in order to survey close to the steel monopiles.

Fugro’s processing geophysicists worked offshore and onshore to process the magnetic data with the results providing confidence to continue with subsea construction in a safe offshore environment. 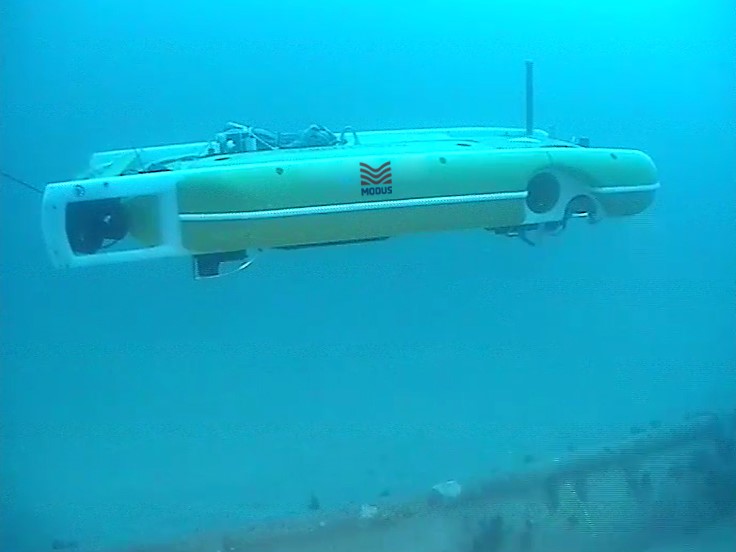