The subsidiary company today executed definitive agreements with Carrizo Oil & Gas Inc. (Carrizo), a NASDAQ listed company based in Houston, Texas, to enter into an unincorporated joint venture, under which GAIL Global (USA) Inc. will acquire a 20% interest in Carrizo’s Eagle Ford Shale acreage position. The Joint Venture will have 20,200 gross acres, out of which GAIL subsidiary would have 4,040 net acres spread over four counties in Texas.

Total investment would be around US$300 million dollar over a period of next 5 years. This includes upfront cash payment of US$ 63.7 million and a carry amount of US$ 31.3 million linked to Carrizo’s future drilling and development costs. Major part of these investments would be funded by the GAIL Global (USA) Inc. out of its earnings. The Joint Venture is expected to drill additional 139 wells in the acreage. Carrizo will continue to function as the operator for the joint venture. Included in the transaction are eight wells in the acreage which are currently producing about 2,350 net barrels of oil equivalent per day (470 barrels of equivalent per day net to GAIL).

Over the last decade, advent of shale gas has changed the US oil and gas market. A number of shale gas plays has emerged out in North America, of which, Eagle Ford shale is considered as the most economically attractive unconventional resource play, as on date. The Joint venture’s lease hold, is located in the wet gas / condensate window in the core area of the Eagle Ford shale in South Texas having significant liquids content.

“We believe that this transaction with Carrizo comes at an opportune time,” GAIL’s Chairman & Managing Director Mr. B.C. Tripathi said “Keeping in view the prospect of Indian shale gas bidding rounds opening within a couple of years, this experience will hopefully help GAIL develop necessary skillsets for shale gas exploitation. Under the arrangement, GAIL shall be sending secondees to Carrizo to work on the Eagle Ford assets and GAIL and Carrizo shall also work together in exploring shale gas opportunities in India and other countries outside of US” he added.

Mr. B.C. Tripathi further said “GAIL is very pleased to establish a long-term partnership with Carrizo in the Eagle Ford shale and it will be GAIL’s endeavor to broad base its relationship with Carrizo. This transaction represents a major step in GAIL’s efforts to establish its presence in North America. As the next logical step, GAIL Global (USA) Inc will consider expanding its business portfolio in the North American market by pursuing various upstream and midstream opportunities including LNG export to India“. 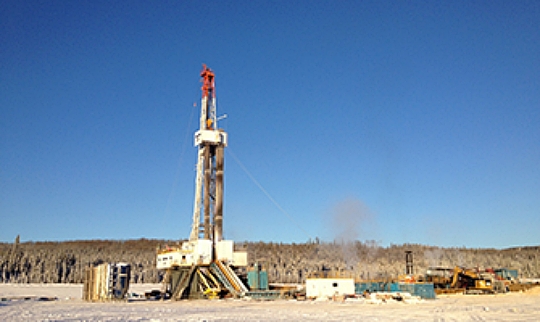