Marking the completion of the first newbuild contract between Dutch shipbuilder Damen Shipyards Group and steel construction and machining company Niron Staal Amsterdam*, the hull of a RoPax ferry 5212 was launched in Amsterdam on January 31, 2017.

Preparations for the launch started when the finished hull was moved out of Niron Staal’s production hall on a multi-wheeled transporter. After traveling the short distance to the quayside, the ferry was transferred to a floating pontoon. Then, representing the vessel’s launch, the pontoon was ballasted.

On February 1, the RoPax hull was towed to Damen Shipyards Hardinxveld where it will be outfitted and made ready for final delivery to an unnamed buyer from Africa.

The construction of the fully-painted hull was completed in less than three months, the shipbuilder said.

Once completed, the ferry will feature a length of 52 meters and a width of 12 meters.

With the first hull construction contract completed, the duo plans to enter into multiple agreements in the spring, according to Damen. 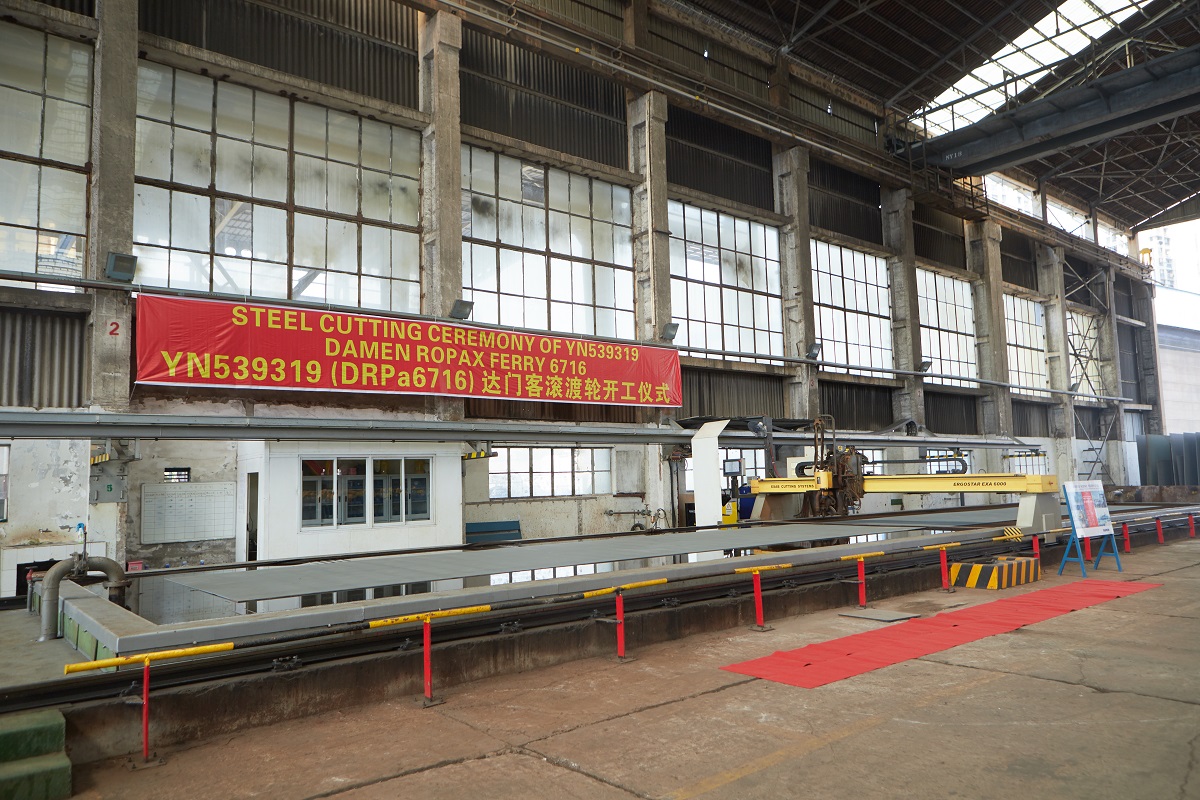