The oil spill, which occurred in the Gulf of Thailand on Saturday, could have a huge impact on the country tourism, Reuters has reported, citing Tourism Minister Somsak Phurisisak.

The oil was spilled on Saturday, July 27, in the Gulf of Thailand, and it took it only one day to reach a Thai tourist resort on the Koh Samet island. Approximately 50.000 liters of oil was spilled from the PTT Global Chemical Pcl.-operated pipeline.

“We’re working to move visitors to other locations if they want to move,” Tourism Minister Somsak Phurisisak told Reuters “I’m very concerned, I didn’t think this spill would impact tourism in such an extreme way.”

The Ao Prao beach, covered with crude oil, is currently closed for tourists. Many tourists have already left the island. Even the areas which have not been affected by the spill have been abandoned.

According to TripAdvisor, a travel website that assists customers in gathering travel information, Koh Samet “is a favorite weekend beach getaway for expats and locals alike Most of the island is protected as part of Khao Laem Ya – Mu Ko Samet National Park, making it clean and relatively unspoiled. The island offers a variety of resorts, from the quiet and family-orientated to those catering to the party-till-dawn crowd.”

“PTTGC should pay for the cleanup costs,” Greenpeace said in a statement.

The cleanup operations are underway. PTTGC has informed that oil-spill dispersants, both by ships and by planes, are being sprayed to remove the slick. Also, the Navy is working to clean up the oil on the Ao Prao beach.

The country’s Energy Minister Pongsak Raktapongpaisal has advised those affected by the spill not to sue the company responsible, but rather to negotiate a compensation with it. He explained that a lawsuit could take up to three years to bear any fruit, BangkogPost has reported.

Thailand’s  Geo-Informatics and Space Technology Development Agency  GISTDA has published a satellite photo of an oil spill which has reached the Ao Prao beach at the popular tourist island Koh Samet.

The image below shows an oil slick which covers approximately ten square kilometres (green circle). The red circle on the image shows the Ao Phrao beach covered in oil. 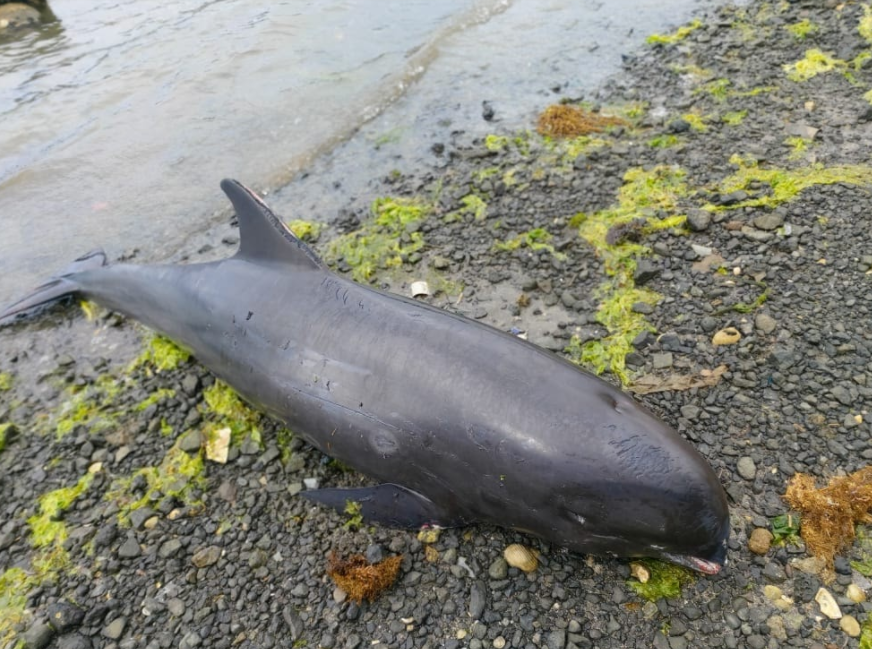