However, the images of the completed vessel were not made available by Teekay until after the article was published, so here’s a gallery now.

The unit left the Sembcorp Marine yard on Thursday using its own engine and is expected to make a stop in Cape Town, South Africa, on August 1.

The Randgrid FSO is designed to operate for a minimum of 15 years of uninterrupted operations, without the need to leave the field for drydocking.

Once it reaches Norway, the unit will undergo field installation and testing before it starts its charter contract with Statoil.

The Gina Krog oil and gas field is located in the central part of the North Sea, offshore Norway, about 30 kilometers northwest of Sleipner. It was initially a small-size gas discovery, which proved oil in 2007 and 2008.

The Plan for Development and Operation of the field was submitted in December 2012 and the field was brought on stream on June 30, 2017.

The Gina Krog platform is tied in to Sleipner A platform and uses both processing capacity on the platform and existing pipelines for sending the gas to the market in Europe. Oil from the field is meant to be transported by the Rangrid FSO, converted from the former shuttle tanker Randgrid in the Sembawang shipyard in Singapore. 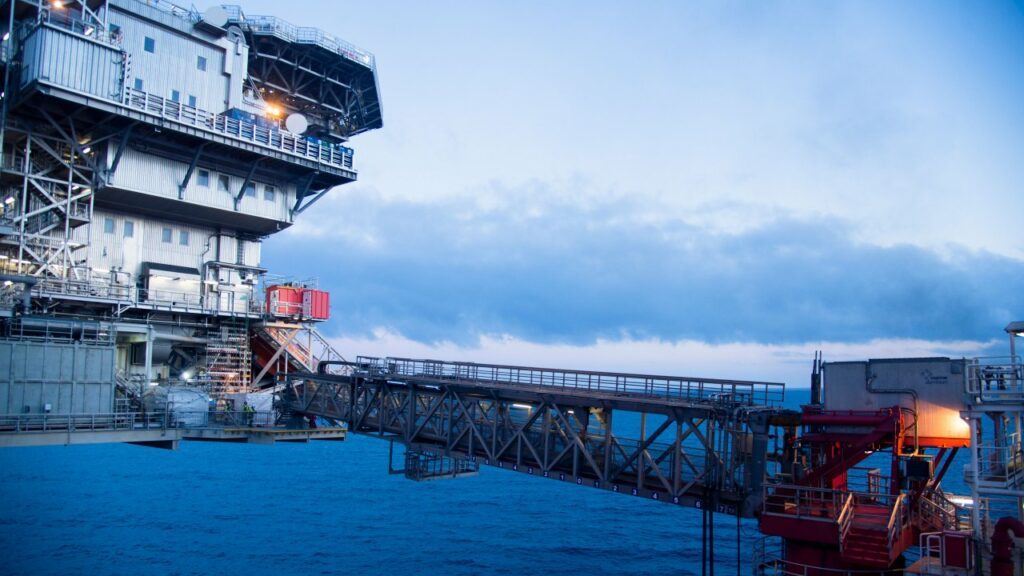