Gasum performed the LNG bunkering at the beginning of May for the largest semi-submersible crane vessel in the world, which has a lifting capacity of 20,000 tonnes.

Sleipnir will operate on the Norwegian Continental Shelf during the following months, Gasum noted in its statement.

“Our bunker vessel Kairos was the only vessel able to bunker Sleipnir in her current state. To reach the fuel tank we needed to lift the bunker hose more than 28 meters above sea level,” explains Gasum’s Jacob Granqvist, sales director for maritime.

“Maritime traffic generates 3 percent of the world’s total greenhouse gas emissions. To lower these emissions, we need to reduce the use of conventional fuels, such as heavy fuel oil, in maritime transport. LNG provides an excellent alternative, and we are happy to see that vessels such as Sleipnir use it as fuel,” Granqvist adds.

Heerema’s Sleipnir performed decommissioning work at the Ekofisk platform during the same month. Naturally, she ran on LNG next to the platform while performing the process of removing a retired platform.

In addition, the use of LNG removes all Sox emissions and particles and reduces Nox emissions by 85 per cent compared to heavy fuel oil. LNG also lowers CO2 emissions by at least 20 percent. 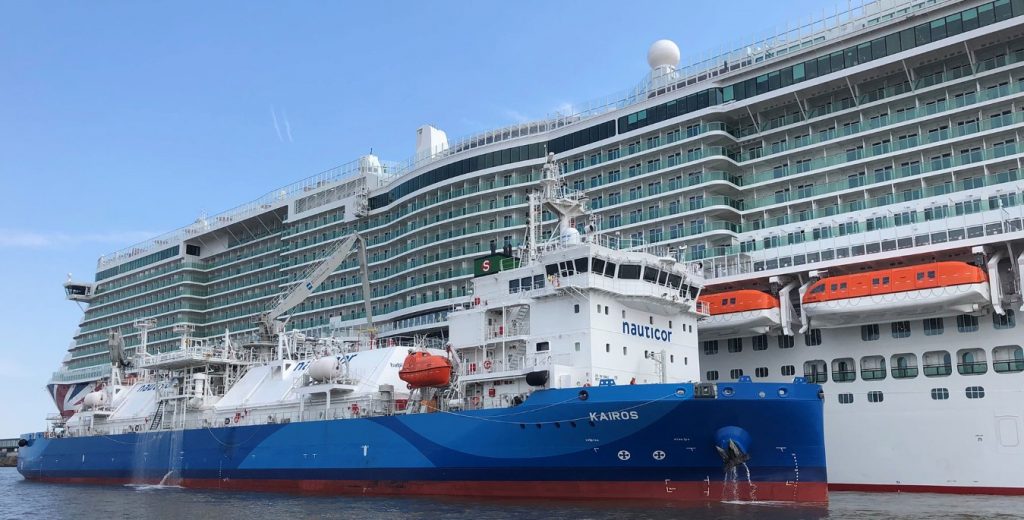