New York-based dry bulk shipping company Genco Shipping and Trading narrowed its net loss to USD 61.3 million in the first nine months of this year from USD 192.7 million reported in the same period a year earlier.

During the aforementioned period, revenues increased to USD 134.8 million from USD 91.7 million seen in the nine months ended September 30, 2016. This was due to higher spot market rates achieved by the majority of the company’s vessels, partially offset by the operation of fewer vessels.

In the third quarter of this year, Genco widened its net loss which rose to USD 31.2 million from USD 27.5 million posted in the same quarter last year.

“Heightened demand for seaborne iron ore, coal and minor bulks, combined with marginal net fleet growth, led to an improvement in the rate environment during the third quarter. We expect supply and demand fundamentals to further come into balance as we continue to implement initiatives to strengthen Genco’s commercial prospects. Following the steps taken earlier in the year to bolster our minor bulk operations, we recently established a Singapore presence and appointed an industry veteran to spearhead the employment of our major bulk fleet,” John C. Wobensmith, Chief Executive Officer of Genco, commented.

“Maintaining a strong balance sheet remains a priority for Genco and provides us with the appropriate foundation to capitalize on a market recovery. We increased our cash position to USD 185 million at the end of the third quarter, highlighting an improving rate environment and Genco’s leading drybulk platform. As the market continues to come into balance, we expect that our low breakeven levels and strong operating platform will continue to benefit the company,” Apostolos Zafolias, Chief Financial Officer of Genco, said. 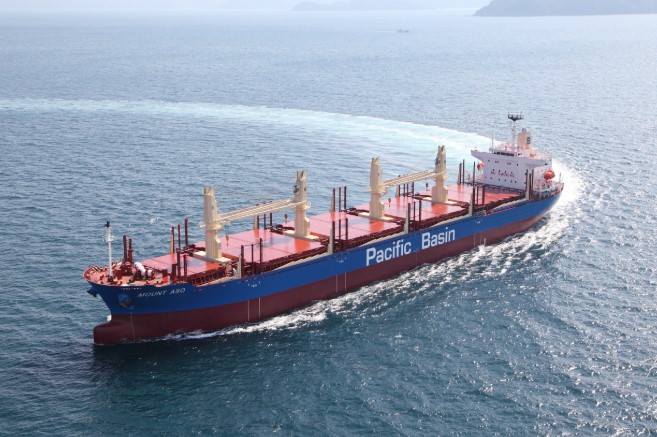