German LNG Terminal has received the decision from the German regulatory authority, Bundesnetzagentur, granting it exemption from network access and tariff regulation.

German LNG said on Monday that it received the decision from the regulator, however, it is still subject to review by the European Commission.

According to the request, it applies to the annual throughput capacity of 8 billion cubic metres of gas on a long-term basis from the date of the terminal’s commercial launch.

Rolf Brouwer, managing director of German LNG Terminal, said: “In principle, the decision offers our customers a stable regulatory regime. It represents another important step forward and therefore also another crucial element on the way to obtaining the final investment decision. Nevertheless, the decision document is very extensive and we will now examine it in detail”.

To remind, German LNG applied for exemption from tariff regulation under the German Energy Industry Act back in July 2018.

Such an exemption is possible for LNG facilities if the investment improves competition in gas supply and security of supply. German LNG received the draft exemption decision in October 2020.

The company, a joint venture between Gasunie LNG, Vopak LNG, and Oiltanking GmbH, is planning to build and operate a liquefied natural gas terminal at the Brunsbüttel location.

The terminal will also provide a wide range of services including the loading and unloading of LNG carriers, the temporary storage of LNG, regasification, feeding natural gas into the German natural gas network, and distribution of LNG via tank trucks and LNG railcars.

It is worth noting that German LNG opted for the location at Brunsbüttel because of its proximity to the port of Hamburg and the many manufacturing companies based in the region. The Kiel Canal, which runs close to the planned terminal, provides easy access to the Scandinavian and Baltic countries.

To remind, the project selected a Spanish-German partnership as an exclusive candidate for the final phase of its EPC tender procedure earlier this year. 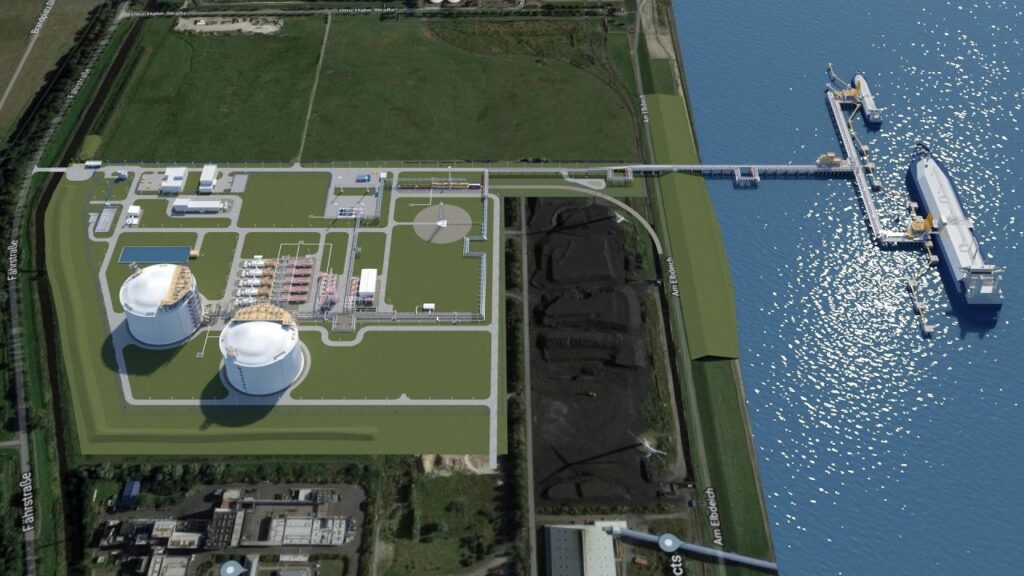