Google has shown how subsea fiber optic cables could be useful for earthquake and tsunami warning systems around the globe.

There’s a long tradition of using optical fiber for sensing applications. But whereas most of these techniques are effective over distances of up to 100 km, Google has developed a technique that works over tens of thousands of kilometres.

The technique relies on equipment that is present on the vast majority of the world’s existing fiber optic systems, so it is broadly applicable.

Google’s global network of undersea cables makes it possible to share, search, send, and receive information around the world at the speed of light. These cables are built using optical fibers that carry data as pulses of light traveling at 204,190 kilometres per second. The pulsing light encounters distortions as it travels thousands of kilometres across the cable.

At the receiving end, the light pulses are detected, and the distortions are corrected by digital signal processing. One of the properties of light that is tracked as part of the optical transmission is the state of polarization (SOP). The SOP changes in response to mechanical disturbances along the cable and tracking these disturbances enables to detect seismic activity.

In late 2019, Google began monitoring SOP on some of its global submarine cables. During the initial field trial, it observed that SOP was remarkably stable, even after the signal traversed 10,500 km.

For several weeks the ocean floor was quiet, showing no SOP changes that would indicate an earthquake. Then, on January 28, 2020, it detected a magnitude 7.7  earthquake off of Jamaica. A plot of SOP over time showed a pronounced spike at a time stamp approximately five minutes after the earthquake occurred, correlating to the travel time of the seismic wave from Jamaica to the  cable, and the duration of the spike was about 10 minutes.

Google team shared the results with Dr. Zhongwen Zhan of the California Institute of Technology Seismological Laboratory, who confirmed the observations and provided additional insight into travel times of different types of seismic waves and the expected frequency ranges of SOP excursions.

In the months following the Jamaica earthquake, the team also detected multiple moderate-size earthquakes, both at shorter and longer distances.

On March 22, 2020, there was a magnitude 6.1 earthquake on the East Pacific Rise. The team observed clear SOP activity with timing consistent with observations made at a seismic monitoring station in Tlapa, Mexico, which was located at a similar distance.

Then, on March 28, a magnitude 4.5 earthquake occurred off the shore near Valparaiso, Chile, only 30 km away from one of Google cables at the closest point. The event produced a clear but short spike of SOP activity—the short duration was likely to due to a rapid decay in the vibration intensity along the cable for this relatively small event.

“We’re excited by the early success of detecting seismic events with subsea cables, which can improve our ability to observe both the Earth’s structure and earthquake dynamics. But this is just the beginning,” Google team said.

By analyzing the data, Dr. Zhan showed that not only can earthquakes be detected emanating from tectonic plates, but pressure changes in the ocean itself can also be detected, which could help predict tsunamis.

Of course, this is just a first demonstration, not a working system, and much work remains to be done. First, scientists will need to better understand the deluge of complex data that will be generated by monitoring SOP.

This approach is seen not as a replacement of dedicated seismic sensors but as a source of complementary information to enable early warnings for earthquakes and tsunamis. 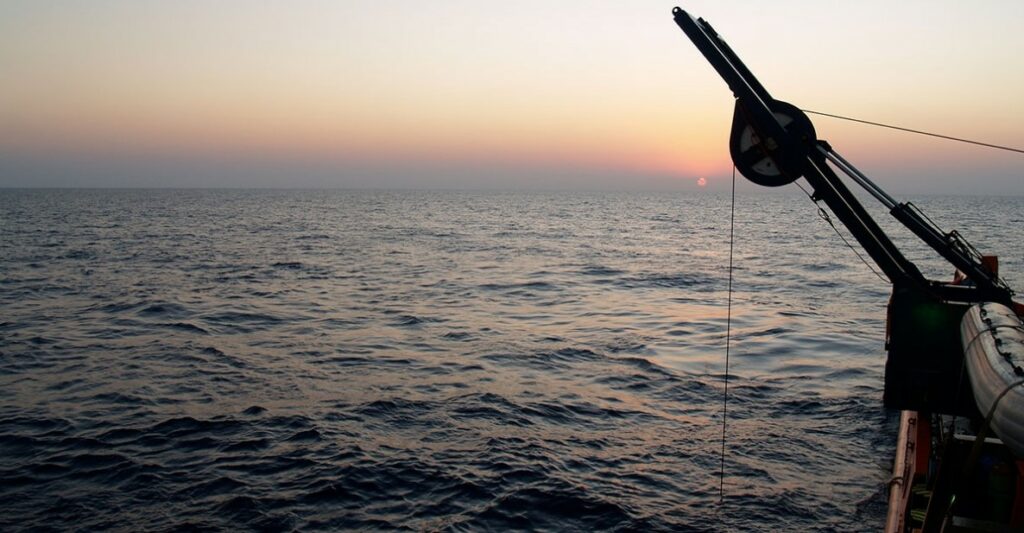