The Ghana Ports and Harbours Authority (GPHA) has invited parties to submit their expression of interest for the concession of the an integrated container and multipurpose terminal in the port of Takoradi, Ghana.

The authority said that the concession, which is set at a period of 20 years, or more, depending on the level of proposed investment, provides the right and obligation to develop, equip, finance, operate and maintain the Integrated Terminal over the concession period.

The principal objectives are to introduce an independent terminal operator into the Port of Takoradi to handle containers, multi-purpose and general cargoes; increase the container, multi-purpose and general cargo throughput capacities and the operational efficiency of the Port of Takoradi; as well as increase employment opportunities for Ghanaians.

GPHA said that the deadline for the submission of statements of qualifications is February 17, 2017.

“The new integrated terminal will allow for the largest container vessels currently calling in Western Africa to be handled in the port with modern loading/unloading equipment, which is a substantial improvement over the current operations at the port of Takoradi,” according to GPHA.

The terminal combines the handling and storage of containers, general cargo, project cargo, Ro-Ro, food-related and other specialised cargo. It has an initial phase of 30 hectares of land and a 795-meter quay wall at CD -14 meters, while Phase 2 consists of another 32 hectares and 700-meter quay wall.

GPHA said that it started the Takoradi Port Expansion Program’s construction works in 2010. The works included the extension of the breakwater, deepening of the access channel and port basin, and construction of the infrastructure for the dry bulk terminal with a depth at the quay of CD -16 meters.

The tender procedure to select and contract a private dry bulk terminal operator is currently ongoing. Four companies have been shortlisted to take part in the next stage of the concession award process for the dry bulk terminal. The companies are scheduled to submit their final proposals in January 2017. 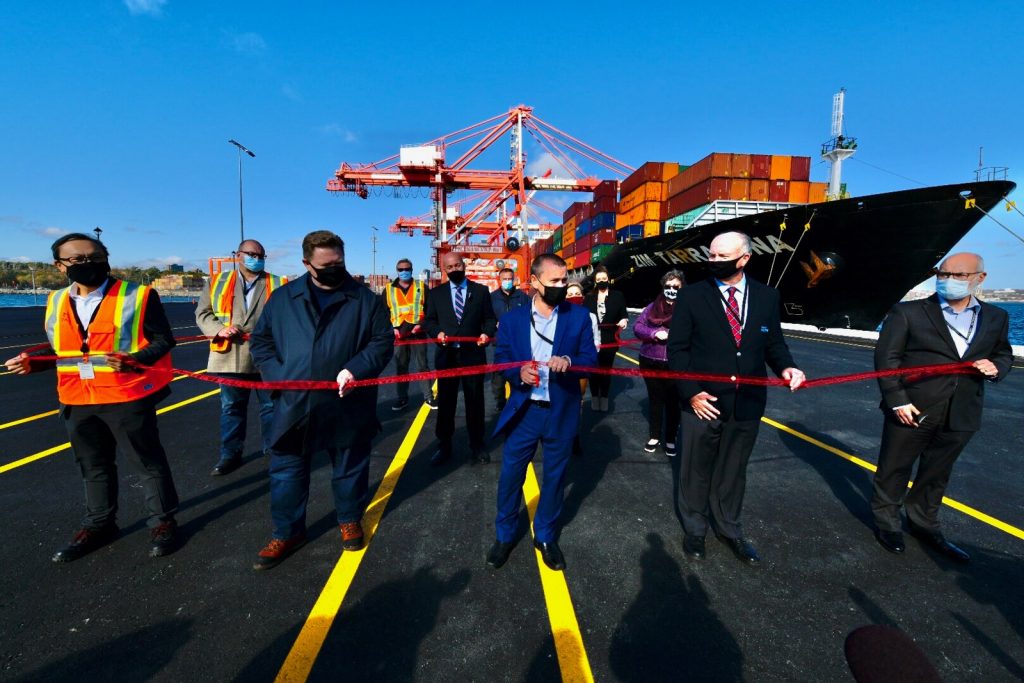