Chrysaor applied for the carbon storage licence in November 2020 before merging with Premier Oil to form Harbour Energy.

Harbour is also an early investor in the Acorn carbon capture and storage project, which aims to capture CO2 emissions from the St Fergus Gas Terminal, transporting them offshore for permanent sequestration.

Harbour said earlier this week that the carbon storage licence would cover an area in the southern North Sea off the coast of Immingham in North East Lincolnshire.

Harbour’s proposal is to use the depleted Rotliegend gas fields, Viking and Victor, c.140km from the Lincolnshire coast to store the CO2 in deep geological formations c.9,000ft below the seabed, and potentially utilise the Bunter Formation aquifer which could offer additional options to increase the future storage capacity of the project.

Phil Kirk, President and Chief Executive Officer (Europe), Harbour Energy, said: “The OGA’s decision to grant Harbour Energy a carbon storage licence is great news for the Humber and for the V Net Zero Humber Cluster. It is an essential milestone which comes at an exciting time for the project as we seek to remove more than 50 per cent of existing industrial emissions in the Humber region.”

According to the OGA, the V Net Zero development concept plans to transport CO2 along a newly-constructed pipeline from Immingham to Theddlethorpe and will reuse the existing 120km LOGGS pipeline to transport the CO2 to the Viking fields. The first injection is targeted for 4Q 2026.

Initial injection rates are planned to rise to 3.6 million tonnes per year (Mtpa) which will rise to 11 Mtpa by 2030, the government’s 10 Point Plan ambition for carbon capture, usage and storage is to reach 10 Mtpa by 2030.

An average car creates approximately 2.06 tonnes of CO2 a year; therefore 11 Mt CO2e per annum would amount to removing 5.3 million cars off the road. For context, in 2019 there were 31.9 million licensed cars in the UK.

The licence requires Harbour to show progress by hitting a number of milestones along the way, including reprocessing legacy 3D seismic data.

The regulator underlined that the expectation is that the overall project – if it goes into operation – will show that carbon storage activity is ramping up in line with the expectations laid out in the Prime Minister’s Ten Point plan and the Climate Change Committee’s Sixth Carbon Budget and that the UK energy transition to net-zero is gathering momentum.

Dr Andy Samuel, OGA Chief Executive, said: “The Energy Integration work that the OGA has been leading shows quite clearly that carbon storage, alongside hydrogen and renewables, can play a crucial part in tackling the climate emergency.

“We know that time is short and real action must be taken rapidly. We will work closely with Harbour to ensure that milestones on this project are met, as we do with other projects across the North Sea.”

Kirk added: “The V Net Zero Humber Cluster will create and support an average of 6,000 construction jobs between 2024 and 2030 and safeguard over 20,000 regional jobs.” 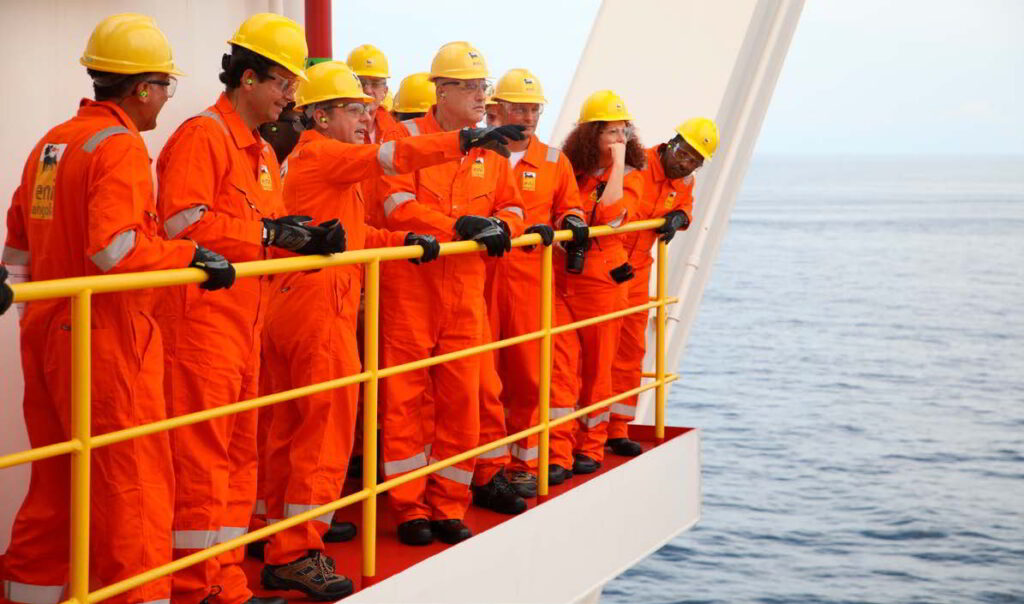