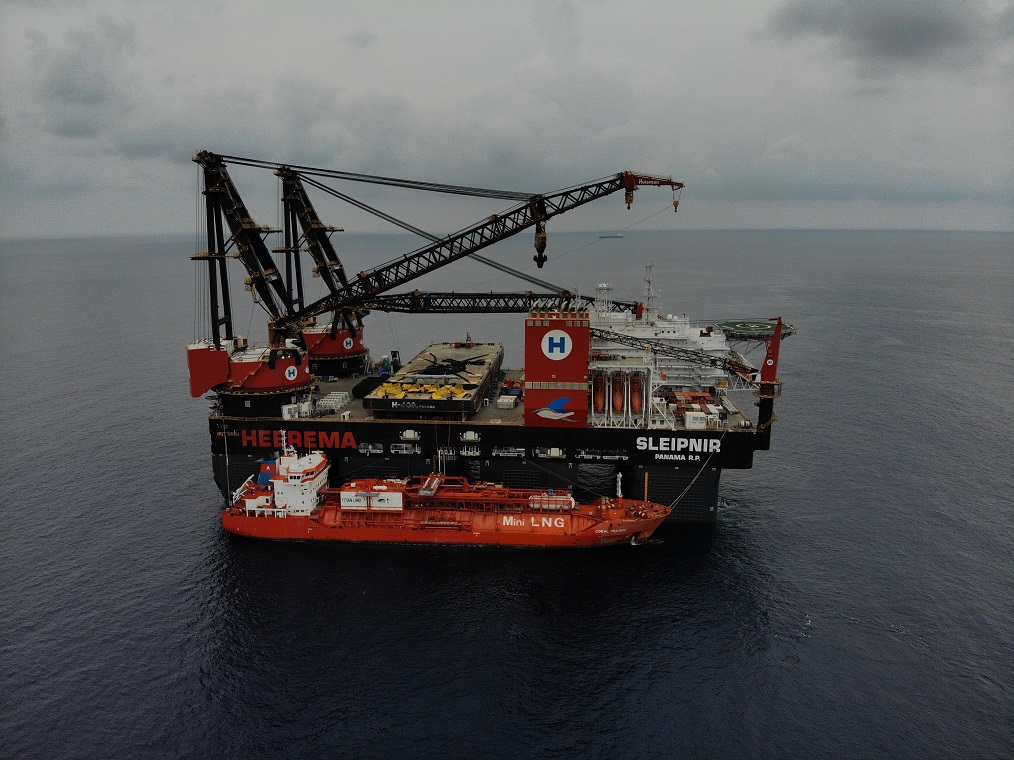 Sleipnir, the world’s largest and strongest SSCV named after Odin’s eight-legged stallion, was built by Jurong Shipyard, the fully owned subsidiary of Sembcorp Marine in Singapore and will set course for Spain on a trip that will take about 45 days.

The vessel is designed to work on large offshore projects such as installing and removing jackets, topsides, deep-water foundations, moorings and other offshore structures, such as windmills.

Sleipnir is the largest crane vessel yet built, with the strongest pair of revolving cranes. The vessel is also the world’s first crane vessel with dual-fuel engines running on MGO and LNG.

The last two days bunkering of LNG took place 12 miles off the coast of Indonesia. Since LNG is not yet obtainable worldwide, Heerema is the first to perform an LNG bunkering in this area of the world. Heerema has selected Dutch company Titan LNG to help in this undertaking.

Sleipnir will now set sail for Spain, rounding South Africa’s Cape of Good Hope. In the Mediterranean, Titan LNG will again supply the Sleipnir using the Coral Fraseri, a ship commercially managed by Anthony Veder that will pass through the Suez Canal.